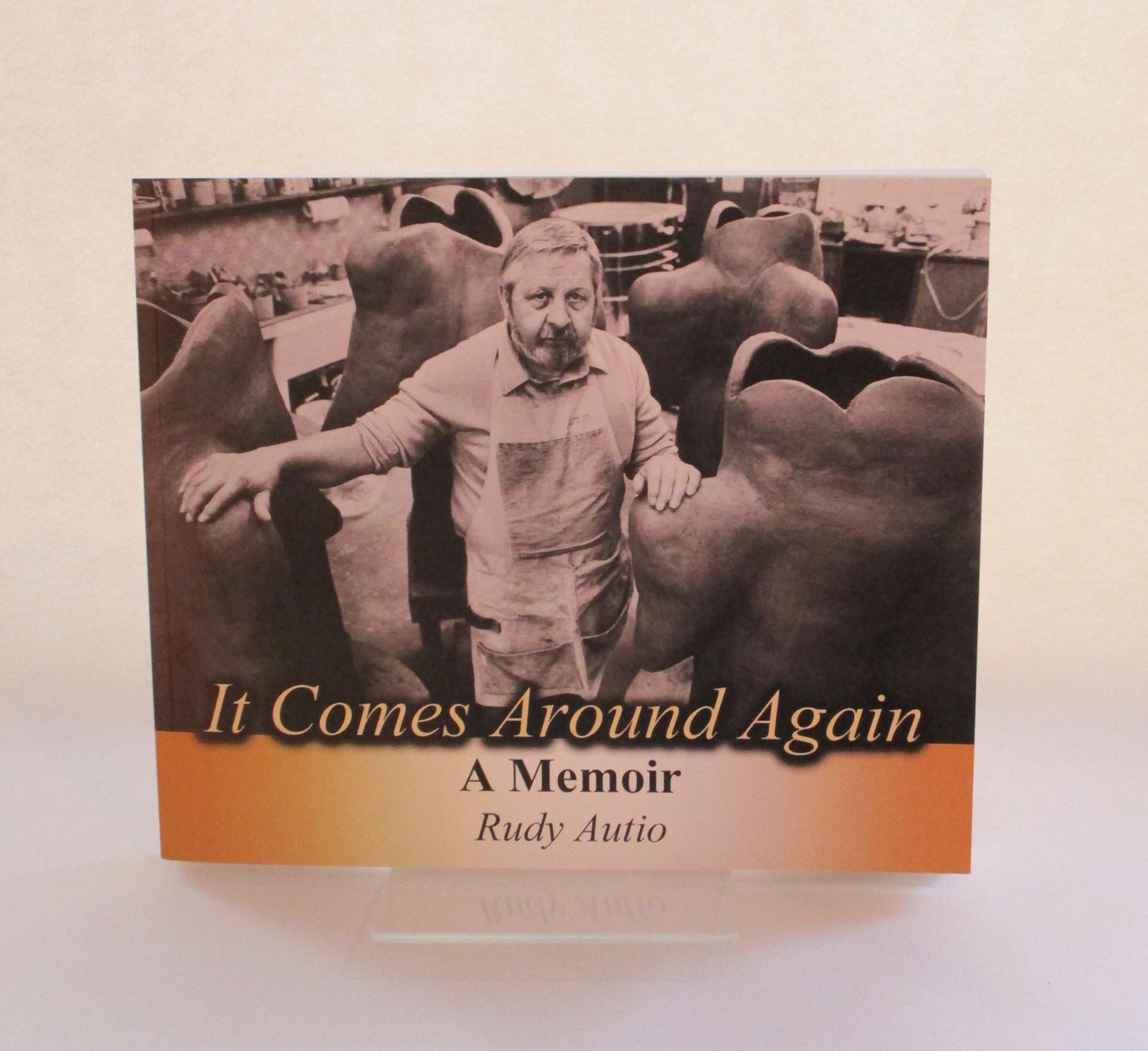 Rudy Autio, one of the important figures in the contemporary clay movement beginning in the 1950s, discusses his early days growing up in a Finnish immigrant family in Butte, Montana, his time in the Navy at the end of WWII, the start of the Archie Bray Foundation in Helena, Montana, with Peter Voulkos, and his building methods of early murals using brickyard clay. Later he helped K Ross Toole, the new director of Montana Historical Society Museum in Helena, with a number of dioramas there in 1954, especially the Lewis and Clark diorama. He then was hired at University of Montana in Missoula to build a ceramics program by President McFarland.

He discusses noteworthy students he learned from during his 28-year teaching career and various commissions he built during those years, like the Grizzly, the ceramic murals for Polson, Walla Walla, and Helena. In the 1970s workshops in ceramics demonstrations became popular, especially after the first SuperMud conference, and Rudy describes some of these. Later chapters explore his first trips to Finland, meeting relatives and artists alike. He discusses ways his work changed throughout his life. About the author (2019): Rudy is considered one of the most important and influential ceramic artists to ever touch the medium of clay. His masterful works are in permanent collections of museums around the world, including the American Craft Museum, the Boston Museum of Fine Arts, the Brooklyn Museum, the Carnegie Museum, the Metropolitan Museum, the Portland Art Museum, the Renwick Gallery of the Smithsonian, the St Louis Art Museum, and others. Rudy Autio has left an indelible mark on the world with his art. He taught ceramics and sculpture at the University of Montana in Missoula from 1957 to 1985 and is best known for his figurative work on clay.