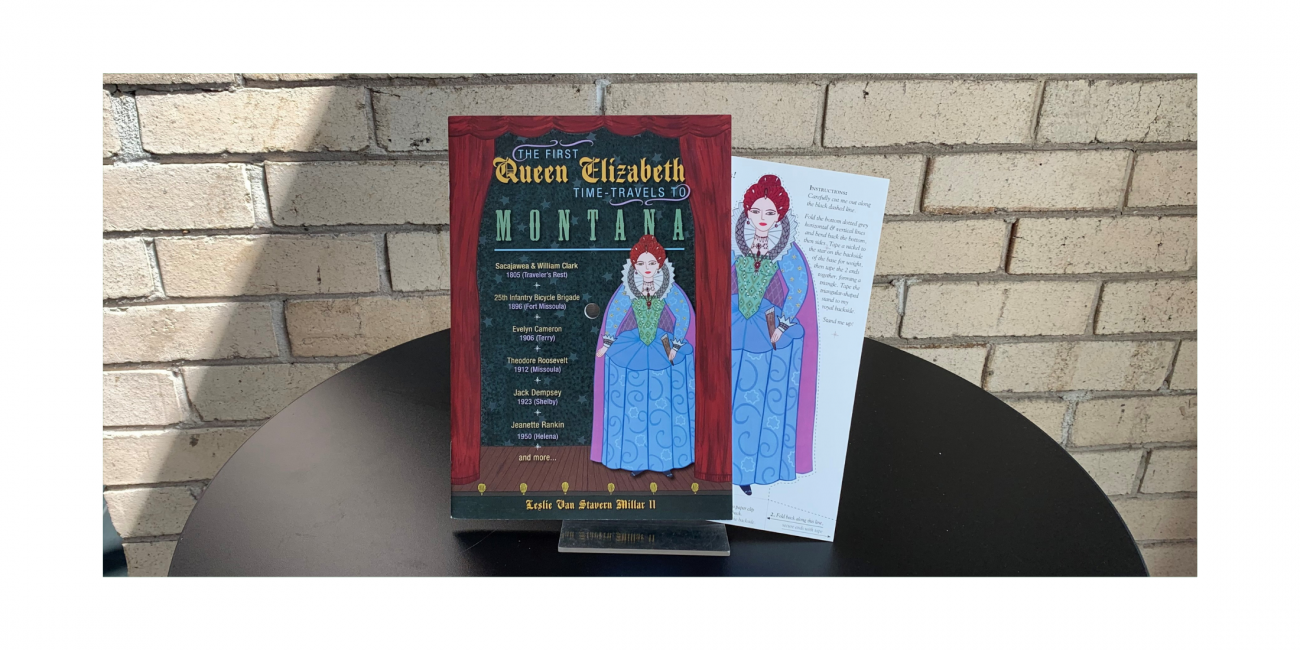 More than 20 years ago, Leslie Van Stavern Millar II appeared as her Science Woman persona to present the first Montana Peepshow Stories. Queen Elizabeth I is a time-traveler visiting historic moments in Montana as part of the Caravan Project, a mobile art collective that visited rural communities throughout the state. For the MAM exhibition, Millar has added five paintings to the original five in the series. The new works depict the Queen and specific people and events in Missoula's history, such as the Black Bicycle Corps of Fort Missoula, the Salish Pow Wow in Arlee, and President Roosevelt on the occasion when he spoke on Higgins Avenue in 1911. Book includes 10 postcards and a Queen paper doll.