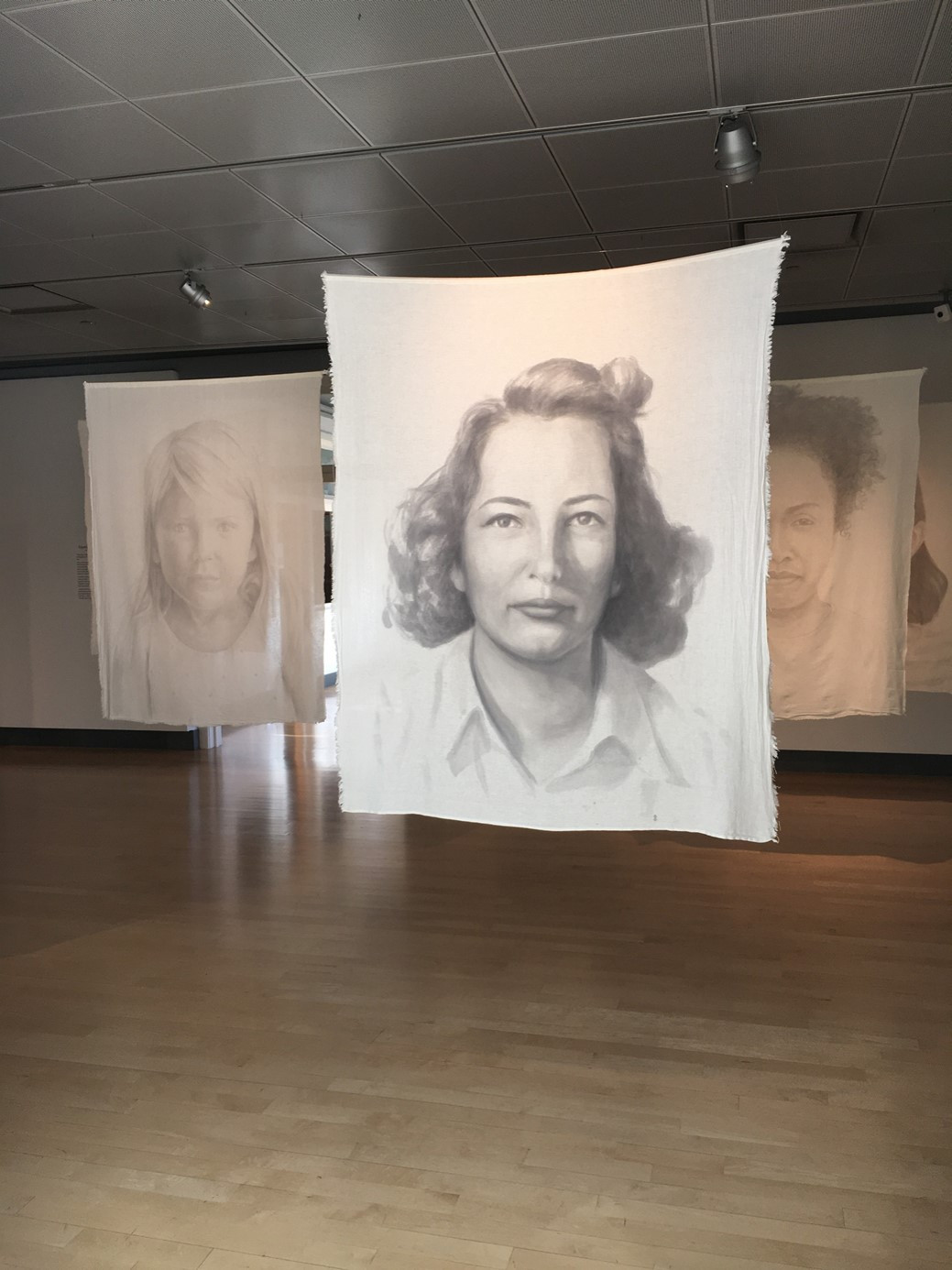 A monthly bundle of new activities to explore and experience the museum from home! Includes an art-making activity and a new Embodied Engagement video. Please note that the museum is closed through October 21.

Kate Crouch from Mind Your Self will lead us through a mindful movement and observation of a piece featured in the exhibition Kristi Hager: Equal: A Work in Progress.  Video below:

Follow along with the activity below to create your own portrait of a person who inspires you!

Artist: Kristi Hager, featured in the exhibition Equal: A Work in Progress

Process: This exhibition is inspired by the Equal Rights Amendment (ERA), a proposed change to the United States Constitution. The ERA, which has not been passed, was proposed in 1972 and prevents discrimination based on gender. It also coincides with the 100th anniversary of the passage of the 19th Amendment was passed in 1920 and guaranteed suffrage (the right to vote) for women.

You can read more HERE about the complicated path of this amendment which has been unfolding since 1923!

Kristi Hager was also inspired by the Women's March in January 2017 when she decided to commit her artwork to celebrate women as friends and heroes. She calls the work "unequivocal portraits" and says she intended them to be "clear and unambiguous because it represents the unambiguous birthright we all have to equality."

Materials: Paper, pencil, eraser, photo of a woman you admire

1. Begin by creating a gray scale. Kristi used 5 shades of gray. Draw 5 small boxes, about ½ inch squares, in a row on your paper. Number them 1-5. In box #1 use the side of your pencil to shade it the lightest gray you can. In box #5 shade it the absolute darkest you can. Then in box #3 try to shade it an exact middle shade of gray. Box #2 and #4 should also be middle shades between the boxes on either side of them. Now you have a gray scale!

2. Kristi Hager painted portraits of women she admired. Some she knew personally like her mom and her friends, and herself (self-portrait!) Some were her heroes, like Justice Ruth Bader Ginsburg. Think of a woman you would like to honor in this way and find a picture of her. If you are printing a picture from online try printing it our grayscale, even if it’s a color picture.

3. Using your pencil on the side, begin sketching a portrait of your chosen woman. It probably won’t look very realistic and that’s ok. We’re exploring the different values or shades of gray and how to use them to build a portrait.

4. Kristi used very few hard lines and her portraits have an airy and light quality to them. You can achieve a similar effect by using an eraser to lighten the portrait while you’re working or when you’re finished. Also, these portraits are quite LARGE. Experiment with drawing BIG since large scale portraits tend to make the person being depicted seem larger than life and very important to us.