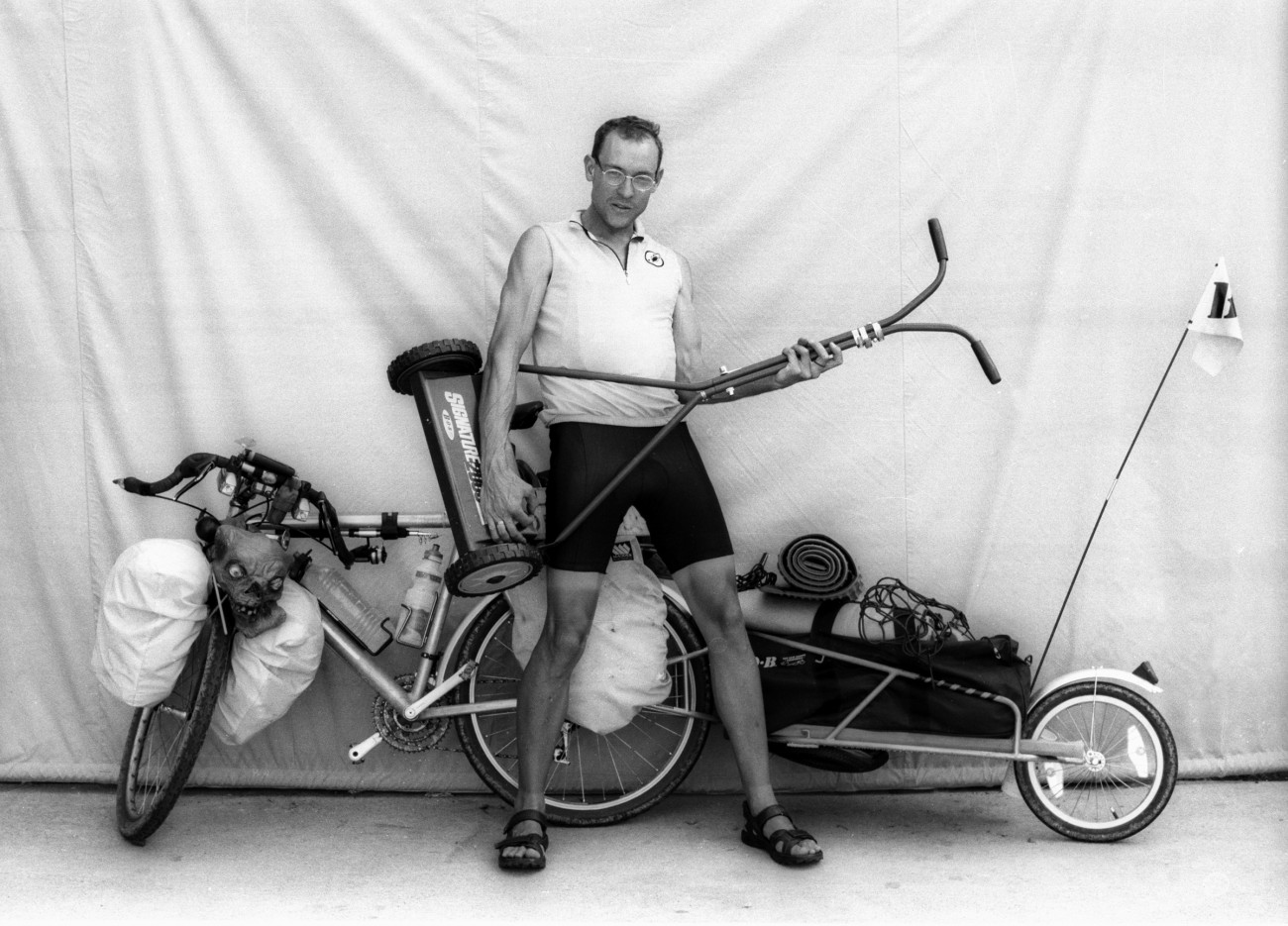 In the summer of 1972, four intrepid cyclists set off on an epic journey to pedal the geographic length of the Americas. Two couples from Missoula, Greg and June Siple and Dan and Lys Burden, planned an expedition to ride their bicycles from Anchorage, AK, to the southern tip of Argentina. At the end of their first summer, the riders arrived in Missoula with $100 between them.

Fortunately, National Geographic magazine agreed to give full support for them to continue their journey. In 1973, it published a feature story about the zealous foursome and their arduous 3,000-mile voyage from Anchorage to Missoula. That story is said to have helped usher in the modern era of cycling in America. While finishing their trip to Argentina, the group conceived of a transcontinental bike trek to celebrate the upcoming American Bicentennial in 1976. They mapped a route and got the word out to media outlets across the country. The summer-long event was called Bikecentennial and more than 4,000 riders participated. This was the beginning of what is now the Adventure Cycling Association (ACA).

As part of the 40th anniversary of Bikecentennial and ACA, MAM is honored to help celebrate the ACA and Greg Siple’s lifelong dedication with an exhibition of his black-and-white portraits of cyclists. Since 1982, Siple has been photographing cyclists that stop at the ACA office while riding across the country. He has collected more than 4,000 photographs that capture the unique stories and personalities of each rider and create a wonderful record of the last three decades.