Courtney Blazon: The Year Without A Summer

Missoula artist Courtney Blazon, noted for her stream-of-consciousness narrative drawings, will create a drawing-installation that takes inspiration from the 1815 eruption of Mount Tambora on the island of Sumbawa in present-day Indonesia—one of the most powerful eruptions in recorded history.

The explosion was heard 1,600 miles away and sheared off 1,400 feet—the top third of the mountain. It shrouded a 370-mile area in pitch darkness for days, stripped the island of all vegetation, and created tsunami waves 13 feet high that pounded nearby islands. The ash column spread miles into the air and traveled around the globe. Several factors interacted systematically, resulting in significant climate change and extreme weather the following year, which has come to be known as The Year Without a Summer. The ash immediately smothered crops or burnt them with acid rain, resulting in a short growing season and worldwide harvest failures. Widespread starvation throughout Asia and Europe caused by minimal crop production and rising food costs was compounded by the Napoleonic wars, floods from precipitation as much as 80 percent above normal, and the spread of infectious diseases such as cholera and typhus. This far-reaching, catastrophic event changed the world and gave birth to a global awareness of an interconnected humanity.

Blazon describes the series as interrelated, “surrealistic, symbolist, and fantastical drawings” in which she imagines “the dead and living” coming together to narrate a story with far-reaching cultural and social consequences. She populates her drawings with historical figures such as the painter J.M.W. Turner, whose luminous paintings may have been inspired by bizarre and eerie sunsets caused by the ash in the atmosphere; or founding father Benjamin Franklin, who was an early proponent of the idea that a volcanic eruption could affect global weather; and Thomas Jefferson, who advocated for the importance of accurate meteorological recordings. Also included are John James Audubon who, while painting birds, may have witnessed the decline of the passenger pigeon because of the large number of people left desperate for food; and the Royal families of Europe, whose response to the cataclysmic event was criticized for being disconnected and callous.

Blazon’s drawings also chronicle the birth of the Gothic horror literary genre in 1816. Mary Shelley, Percy Bysshe Shelley, Lord Byron, Claire Clairemont, and Dr. John Polidori vacationed together in July at Villa Diodati in Mount Geneva, Switzerland. Forced to stay inside due to the cold and incessant rain, the group read stories, including a French anthology of German ghost stories called Fantasmagoriana, and responded by inventing horrifying stories to entertain themselves. Out of this gathering, Shelley wrote Frankenstein or the Modern Prometheus and Polidori wrote The Vampyre—both considered to be foundational to horror literature.

This exhibition is a feature of the Montana Book Festival and Missoula Public Library’s Big Read Program. 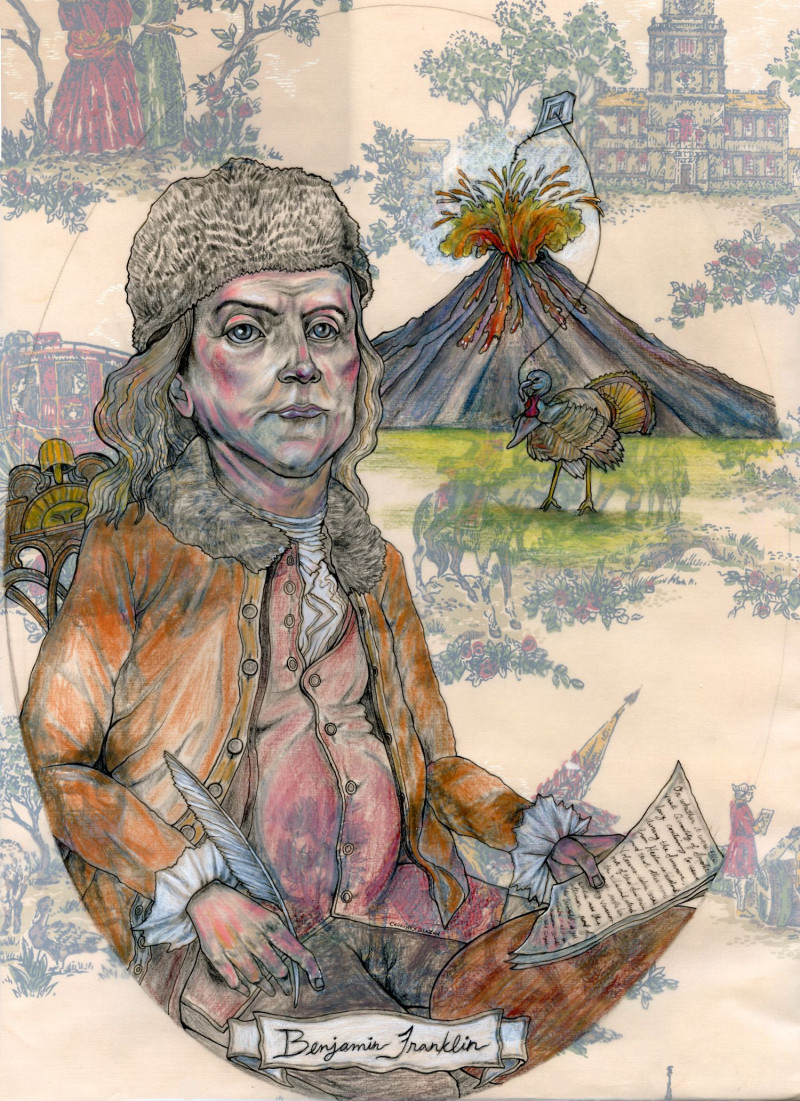