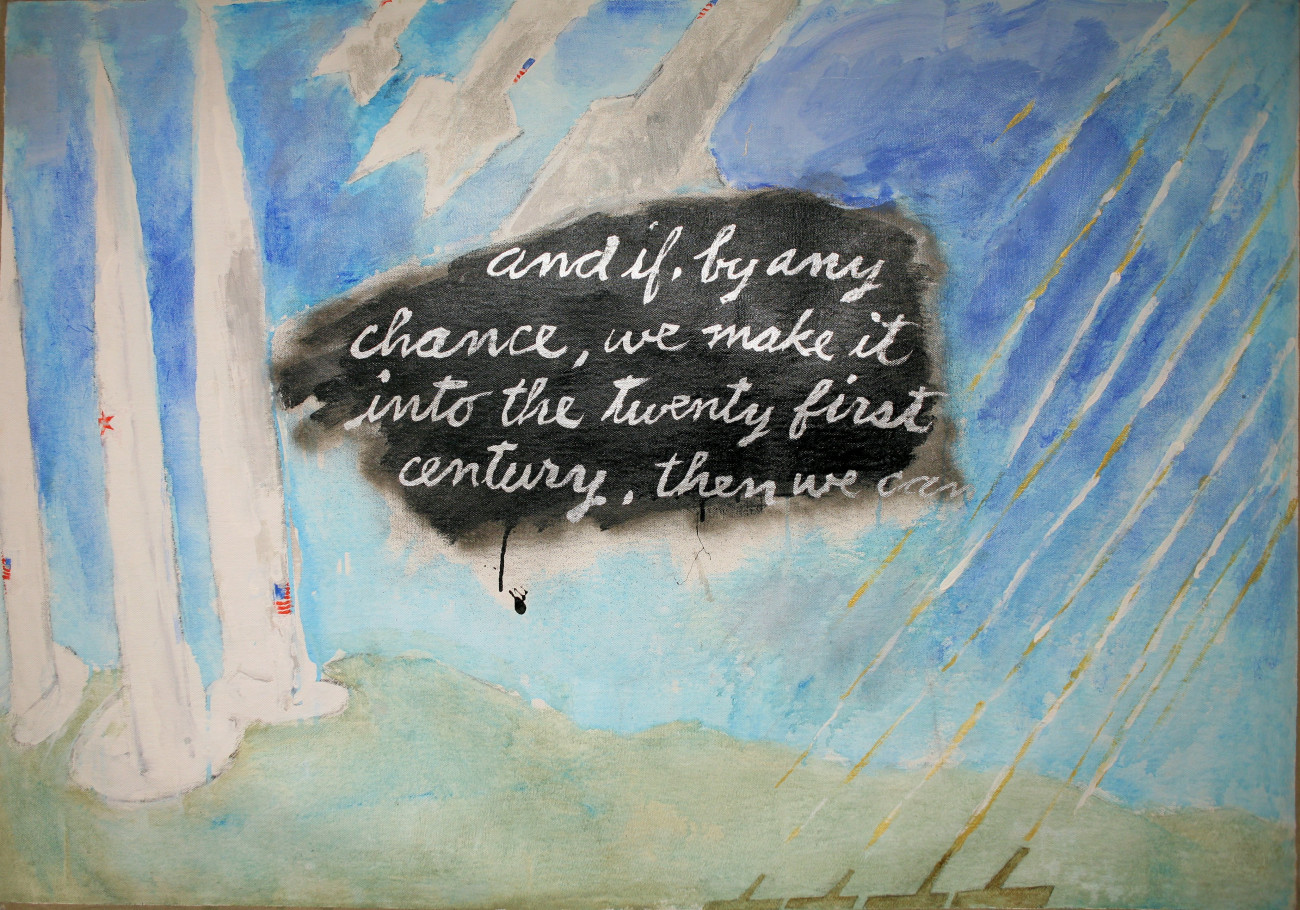 Dear Viewer is a concise survey of text-based artworks from the MAM Collection, including 12 new and never-before-exhibited acquisitions. These works demonstrate a range of methods and motivations for integrating words and images. Building on the legacies of 20th-century movements from Dadaism to postmodernism, the artists share an interest in using alphabetic words or the concept of language to carry critical content of visual art.

Other artists contrast the abstract nature of language with the physical experience of viewing or making art. Nia Lee’s cross-stitch samplers combine her emerging language skills with exquisite embroidery techniques, documenting her transition as a Hmong refugee and new American. Robert Rauschenberg and Robert DeWeese, parallel pioneers in pop art and Montana modernism, evoke visceral feelings of anticipation and chance: Rauschenberg by layering found texts with multiple possible readings and DeWeese by pairing poetic longing with proud aggression. MaryAnn Bonjorni, influenced as much by the conceptual underpinnings of language as by landscape, uses heavy gestural marks and deceptively simple words to make humorous, if dark, observations on Western neighborliness.

Dear Viewer also includes works that communicate through quietness or even muteness. Lillian Pitt is a Wasco, Yakama, Warm Springs descendant who draws on petroglyph imagery to honor ancient texts and authors unencumbered by written words. A selection from Paul Harris’s Shut-In Suite and a painting by Kerri Rosenstein use illegibility to underscore the contradictions, limitations, and frustrations of communication.

MaryAnn Bonjorni, Which Way is Up Down, The Kissing Ass Flames of

Steve Muhs, Not Art, Why Would I Want to be a Writer, Why,