Philipsburg-based artist Devin Leonardi died in 2014. To honor his passing and share his artistic vision, MAM has worked closely with Altman Siegel Gallery in San Francisco and the artist’s family to present this selection of paintings.

Leonardi came to Montana at the height of a successful artistic career, exhibiting at Guild and Greyshkul Gallery, Broadway 1602, and the 2010 Armory Show in New York City. In 2011 he was named one of ArtForum’s top Critics’ Picks and has been collected by the Whitney Museum of American Art.

Like the earlier pioneers, Leonardi moved west. He moved first to Helena, then Phillipsburg, to invest himself in the genre of history painting and better connect with the history of westward settlement as only life in a former mining boomtown might afford.

Leonardi deftly uses 19th-century photography as source material for his haunting landscape paintings. He investigates the complex relationship between painting and photography, a medium that came to prominence during modernity and challenged painting’s supremacy. By editing and re-presenting historical photographs, Leonardi interprets our collective record and comments on modernity as a causal force in the nation’s burgeoning expansion.

His atmospheric paintings elicit the precise aesthetic and illustrative realism of Thomas Eakins, Norman Rockwell, and Maxfield Parrish, and like these influences, revel in bucolic idealism. He positions historical subjects, however, as allegories and parables against anonymous western tropes to present a past that isn’t lost, but manifests as contemporary anxiety and fears of the changing future.

Leonardi inhabits his paintings with a rough assortment of characters—surveyors, railroaders, pioneers, buffalo skinners, and voyagers. These are advocates of Manifest Destiny, the survivors of a terrible Civil War, and the exiles of a fledgling nation. Like all settlers, they are dreamers, visionaries, and escapees, but not blameless.

Leonardi focuses on the contemporary ambivalence and alienation that accompanies progress. He said, “With these pieces I worked to illuminate the nascent roots of modernism, which appear to lie just beneath the surface of the original photograph.” His depiction of western conquest by European settlers is deeply embroiled in implied violence. The collective repression, denial of responsibility and historical fact, and displacement of American Indian tribes inundate these evocative paintings like a presence the viewer cannot see. 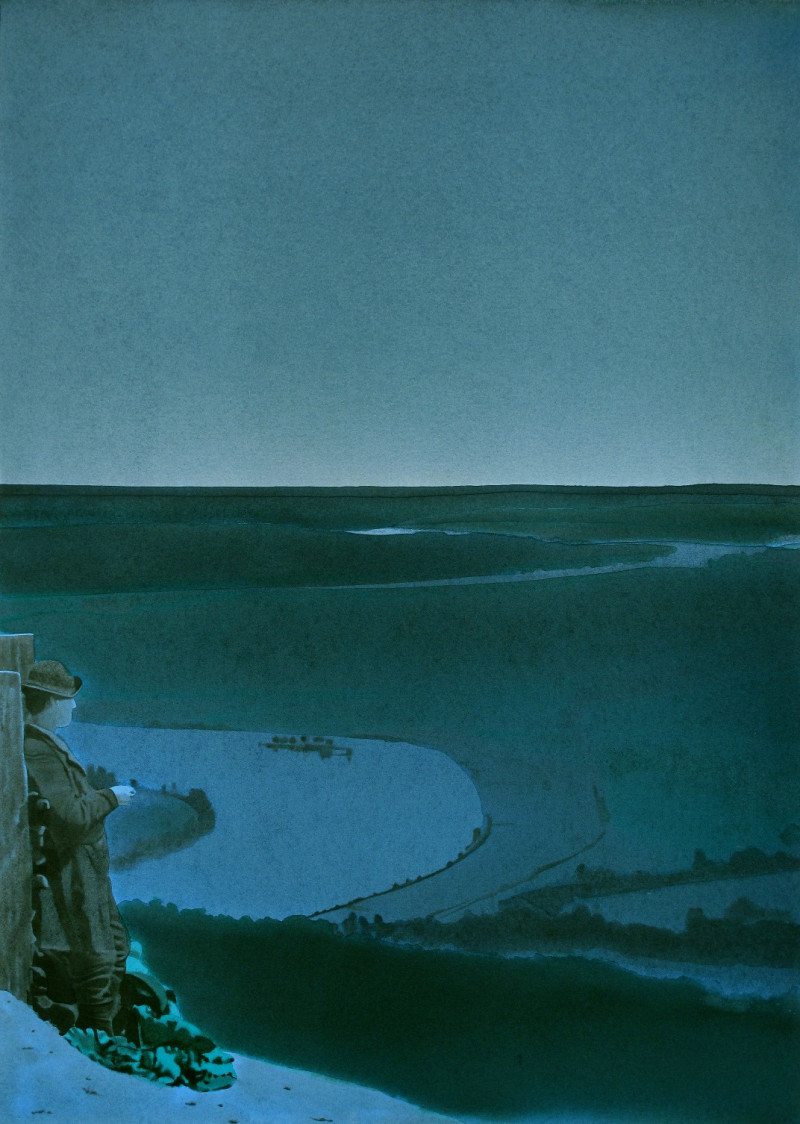