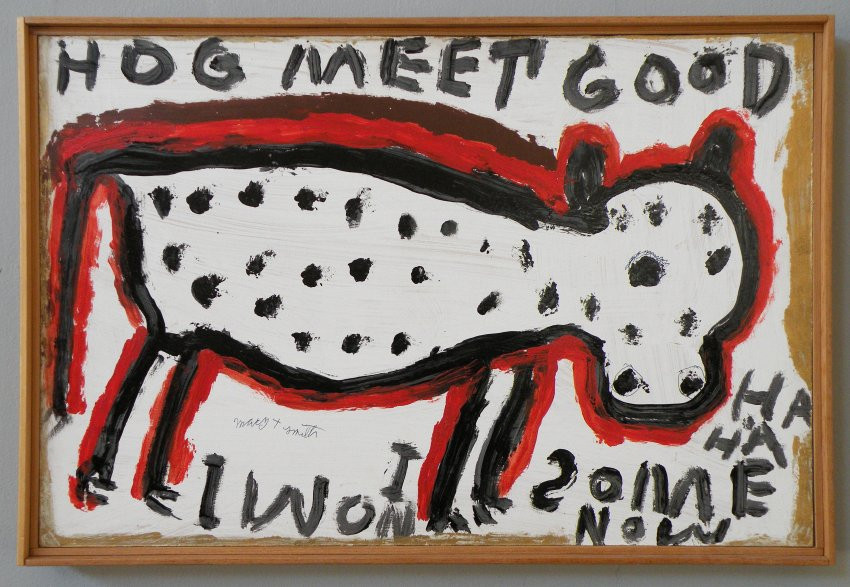 For Freedoms: Selections From The Willem And Diane Volkersz Contemporary Folk Art Collection

MAM is participating in a national project called For Freedoms to encourage discussions about the intersection of art and democracy. Four objects on display in the lobby were selected to represent the initiative and came from the Willem and Diane Volkersz Contemporary Folk Art Collection, donated to MAM in 2016.

For Freedoms is based on President Franklin D. Roosevelt’s historic “Four Freedoms” address to the 77th Congress on January 6, 1941, which stated that the needs of that moment were for America’s actions and policies are devoted almost exclusively to meeting the foreign peril of Hitler’s fascist regime.

Roosevelt insisted that people in all nations of the world shared Americans’ entitlement to Four Freedoms: the freedom of speech and expression, the freedom to worship God in his own way, freedom from want, and freedom from fear. These principles formed the core of the United Nations’ Universal Declaration of Human Rights, drafted by Roosevelt’s widow Eleanor and adopted by the United Nations in 1948.

One of MAM’s abiding mottos is “Free Expression//Free Admission.” As a museum, we believe that freedom of expression, freedom of thought, intellectual inquiry, and cultural expression are the foundation of our democratic values and we develop exhibitions that represent these principles in action.

Missoula resident and former Montana Congressman Pat Williams, who lead the fight to save the NEA in 1989, states, “Art can flourish without politics; the reverse is not true. Democracy needs art’s subversiveness; the voices of protest, appeal, and warning are necessary to arrest the vigor of the often wrongheaded decisions of errant governments. The arts reflect the patronage of many thus representing diversity and pluralism—our societies’ bulwark against tyranny.”