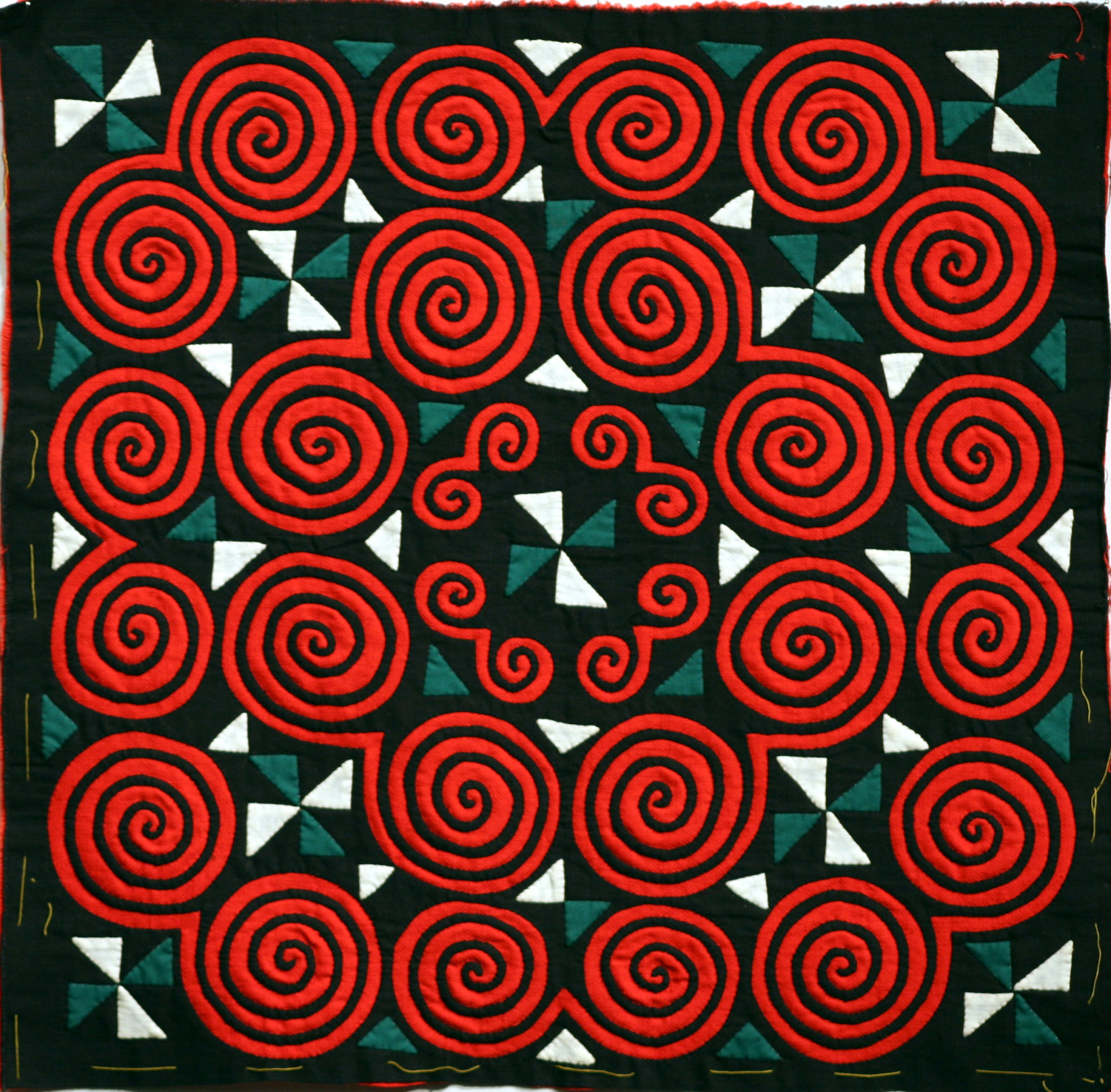 From Flower Cloth To Story Cloth: Hmong Textiles In The MAM Collection

MAM presents a selection of textiles that demonstrate vivid traditions and mythic storytelling in a celebration of Hmong culture in Missoula. The exhibition is a timely reminder of the value of art and creativity to the human experience. The exhibition coincides with the recent arrival of Eritrean, Congolese, and Syrian refugee families to Missoula through the help of the International Rescue Committee and Soft Landing. Questions about refugee resettlement are relevant in light of rising nationalism and a recent proliferation of hate speech nationwide. From Flower Cloth to Story Cloth celebrates our diverse city and stands as an example of the significant Hmong contributions to the Missoula community.

The Hmong, historically a migratory people, developed portable cultural expressions such as textile art and jewelry-making to accompany them wherever they traveled. Paj ntaub (flower cloth) showcases embroidery and reverse appliqué techniques to create symbolic geometric and organic designs that reflect a deep animist spirituality. Traditional designs include spider webs, ram’s heads, tiger’s eyebrows, and elephant’s feet. Flower cloths were not traditionally sold, but constituted the majority of a family’s wealth and played important roles in rituals and rites of passage.

In 1979 and 1980, over 366 Hmong refugees resettled in Missoula after being persecuted in Laos because of their loyalty to the anti-communist U.S. government and CIA operations. In refugee camps, flower cloth techniques evolved, and artists began creating story cloths—embroidered picture-textiles that illustrate Hmong experiences of agriculture, war, exile, and immigration. Sales of flower cloths and story cloths, both in the camps and later more broadly, generated important income for families and introduced Hmong culture to the region.

Over the years, Missoula and the Hmong community have grown and evolved together. Many Hmong, skillful farmers as well as artisans, established successful businesses and now almost half the vendors at the Missoula Farmers Market are of Hmong descent. A large portion of the weekly Missoula Food Bank donations comes from Hmong vegetable producers. In addition, Hmong culture in Missoula has been profiled internationally through press and award-winning publications.

From Flower Cloth to Story Cloth marks the third time MAM has presented a significant exhibition of Hmong textiles. Previous exhibitions were organized in 1978 to help Montanans better understand and appreciate the complexities of their new neighbors, and a major Hmong textile exhibition for MAM was co-curated in 1993 by Vee Kiatoukaysy, Tou Yang, and Susan Lindbergh Miller.

This exhibition consists of textiles donated by Missoulians who helped Hmong families navigate American culture, including Susan Lindbergh Miller, who donated her personal collection of 239 Hmong textiles in 2011. Miller built an impressive collection through purchases and commissions from Hmong elders, as well as gifts received through close personal friendships that continue to this day. More than 60 other gifts have come into the collection from generous donors since then, making Hmong textiles a rich part of MAM’s collection and a lasting contemporary expression of our Missoula community.

Unknown, Legend of the Vegetables Coming to the Farmer's