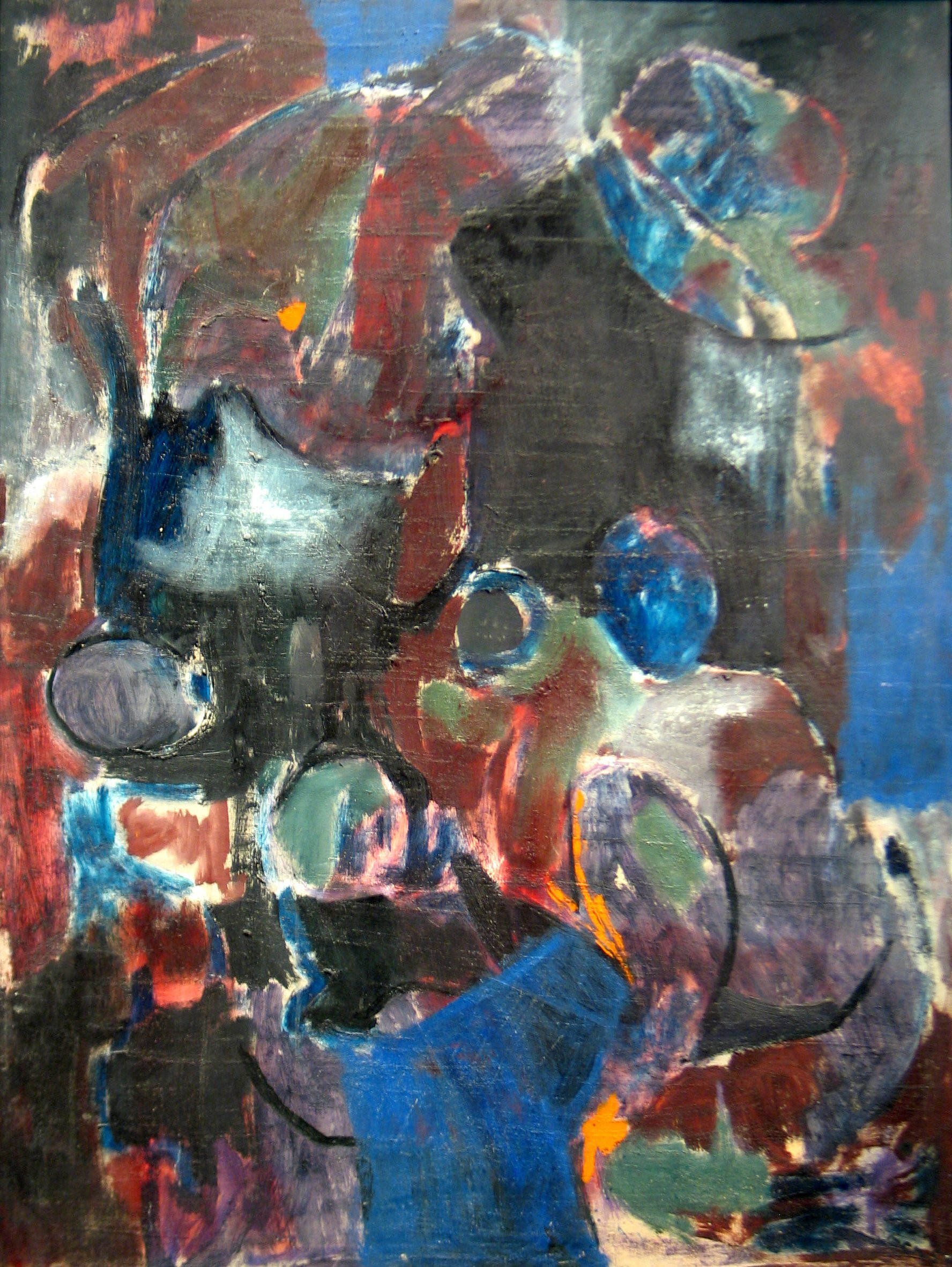 Gennie DeWeese: The Process Of Painting

"Creation: a synthesis, from the artist’s standpoint, of matter, space, and color. Creation is not a reproduction of an observed fact.” –Hans Hofmann, from Search for the Real and Other Essays

This exhibit of colorful and lively paintings from MAM’s Permanent Collection features works that provide a glimpse into the extraordinary mind and talent of beloved Bozeman artist Gennie DeWeese (1922–2007). Selected from more than thirty DeWeese paintings in MAM’s collection, these nonobjective works, are a small but significant representation of the 60-year career of this important figure in Montana’s colorful art history.

DeWeese was part of the pioneering generation of Montana artists that challenged the looming presence of Charlie Russell’s romantic depictions of the West by working in contemporary modes of art-making developed by European modernists. This group of talented and educated artists, spread across Montana’s vast open spaces, set aside Russell’s romanticized representation and embraced modernist expressions.

Gennie DeWeese was a prolific painter who constantly challenged herself to produce bodies of work of varying styles. While DeWeese’s bounteous oeuvre is full of paintings that use Montana’s landscapes, interiors, animals, and people as jumping-off points, these non-objective paintings instead are inspired by music and assembled using the painting theory of Hans Hofmann.

Hans Hofmann was a German modernist who came to New York in 1932 and was a profound influence on the Abstract Expressionists. DeWeese became familiar with Hofmann’s painting theory of “push-pull” through her Ohio State University teacher Hoyt Sherman while studying art in the 1940s. Hofmann favored creating paintings with an ambiguous space in which floating forms painted in broad, bold strokes appear to move and react to one another through the vibration of carefully tuned color and purposefully applied line.

DeWeese arrived in Bozeman from Ohio in 1947 with her husband Robert, who had been hired as a professor of art at Montana State University. The couple would join a tight-knit circle of friends and mutual supporters such as Frances Senska, Bill Stockton, Isabelle Johnson, Sister Trinitas, and Rudy and Lela Autio, to name a few. These Montana modernists became a force in the years following World War II, art degrees funded by the GI Bill in hand, and formed the community that would spend the next decades establishing and growing the university art programs, contemporary art museums, and dynamic art scenes that thrive across the state today.

Gennie DeWeese passed away in 2007 at the age of 85, leaving behind a legacy of painting and art-community-building that will inspire Montanans for generations to come. MAM would like to especially thank the DeWeese Family Trust for their gift of 30 artworks by Gennie DeWeese to MAM’s Permanent Collection.