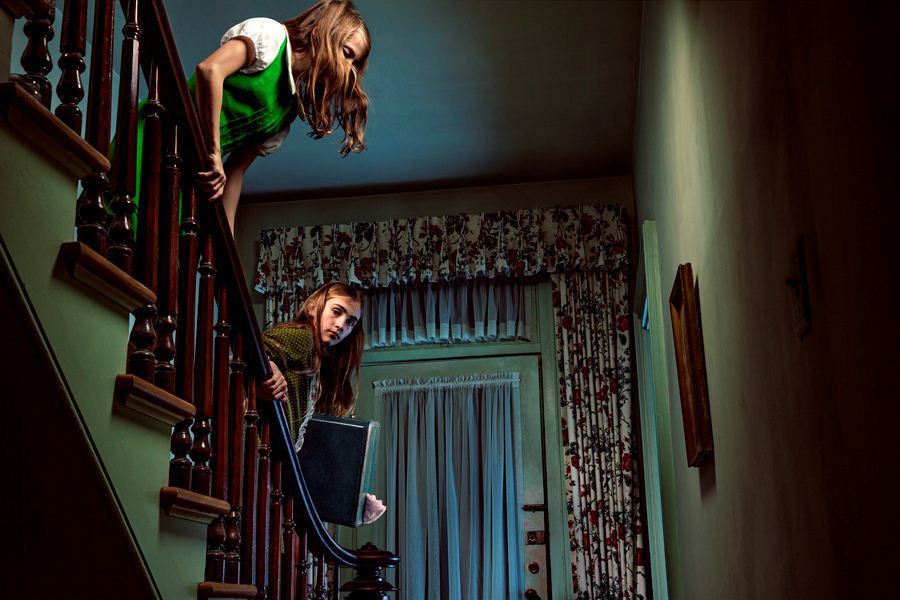 Missoulians will have several opportunities to meet and interact with Andres thanks to a week-long residency during which she will create a commissioned piece for the museum’s collection thanks to a generous grant from the Pleiades Foundation. In addition, MAM is partnering with the University of Montana School of Art to present a Distinguished Artist Lecture by Andres in conjunction with the Jim and Jane Dew Visiting Artist Lecture Fund. Andres will be a School of Art visiting artist concurrent with the MAM residency. Andres feels a special affinity to her alma mater; under the guidance of various UM art professors, she developed her lifelong commitment to art.

To complement Holly Andres: The Homecoming, five of Andres’ works in MAM’s Permanent Collection will be on view in the Travel Montana Lobby. Included in this small exhibit are three photographs from her series Stories from a Short Street and two short films Andres produced with media artist Grace Carter, entitled Dandelion and Brave New Girl.

Andres was born and raised in Missoula and earned a BFA from UM in 2002 with an emphasis in painting and drawing. She switched her emphasis to photography and cinema while attending Portland State University, where she received an MFA in 2004. While studying at PSU Andres realized that photography could be used to produce single-image narratives, like a still-frame from a film. This approach informs her work in Holly Andres: The Homecoming.

Since 2007, Andres’ career has skyrocketed. Her series Stories from a Short Street was shown in galleries from Portland to New York City, and Andres was invited to participate in the Portland Art Museum’s 2007 Oregon Biennial. This initial success led to Andres’ first solo museum exhibition at MAM in 2008. Andres was the youngest of 10 children, and this series focused on childhood memories, with specific moments of growing up in a large family recalled and re-created in large-format photographs alive with lush color and dramatic lighting.

Sparrow Lane picks up where Stories left off and further extends her sense of narrative intrigue. Her pictorial decisions in this series are cinematic in the period-staged sets and dress, figures in dramatic pose, and theatrical lighting. Characters play multiple roles within the same frame, duplicated through painstaking post-production work. The rich depths of the colors in these largescale photographs exude a warmth that reaches a nearly physical sensation, while Andres’ adept use of subtle color gives the work painterly qualities.

The series Fall of Spring Hill illustrates an incident at a summer camp. The action plays out in parallel storylines—the children play outside while the mothers prepare food and socialize in the church kitchen. In this way, Andres again recalls the standard convention of cinematic narrative. In one image, a small boy stands on an elevated wooden play structure while other children crowd in to see what he has found. Meanwhile, one of the mothers has dropped her cup, foreshadowing trouble. The shattered pieces lay on the floor in a puddle of coffee. Props are symbols, characters represent larger themes, and events are metaphors.

The newest series is The Fallen Fawn. Here, two young girls find a lost suitcase along the shore of a lake while on an adventure in the woods. The mystery is firmly set in place by these simple facts, but the intrigue is once again heightened by Andres’ mastery of color, light, and composition. When the girls open the suitcase, the mundane contents—women’s clothes, a make-up compact and mirror—are folded neatly and perfectly placed within the image. The pale pinks and powder blues of the clothes imbue the scene and the color palette of the series as the girls secretly dress up in the found clothes. Common themes that Andres explores are childhood memories and the loss of innocence, female subjectivity, and forbidden knowledge.

Whether visitors to Holly Andres: The Homecoming wish to delve deeply into the images and symbols or simply enjoy the lush beauty of the photographs, viewers will enjoy the rich colors, mysterious characters, and artfully choreographed scenes for which Andres has become renowned.