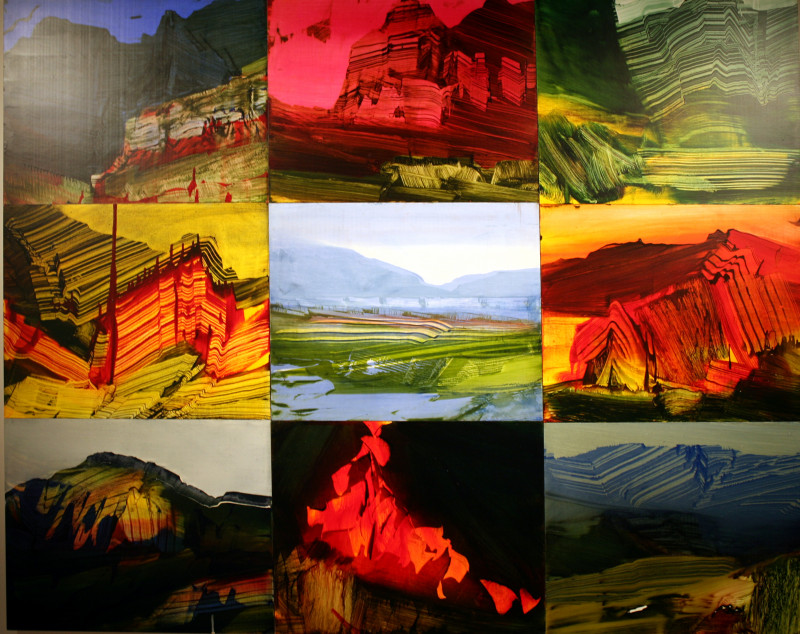 MAM is delighted to host James Lavadour: Horse Stories, one of the region’s most celebrated and respected artists. James Lavadour (Walla Walla) was born in Pendleton, Oregon in 1951. Today, he lives and works on the Umatilla Indian Reservation, where he is an artistic advisor to the Crow’s Shadow Institute of the Arts. Lavadour has been described as a self-taught painter, but the works featured in this exhibition speak more than ever to a mature, savvy, driven, and hard-working contemporary artist. The paintings featured are Lavadour’s first Montana exhibition.

The exhibition includes three large works, all oil on panels including, Deep Moon, from 2005 (on loan from the Jordan D. Schnitzer Family Foundation), Hollow, from 2007 (on loan from the artist and PDX Gallery), and finally the most recent work Straight Ahead from 2010 (on loan from Nate Overmeyer). By featuring these three works viewers will experience both a progression and a consistency, and a collected assembly of works and actions. By placing one panel next to another, the artist composes a complex experience with intense earthy colors and sensitivity to the organic properties of paint itself. Standing close one is exposed to the physicality and actions of the artist at work, stepping back, you realize that the panels allow the elements to work together in a more complex experience.

Lavadour’s father Joseph came from a Native family with many branches including French Canadian, Chinook, Walla Walla, and Assiniboine Sioux,  and his mother Colleen is of German-Irish descent. However, Lavadour is quick to point out that he is not a traditionalist, nor working out of a specific cultural tradition, nor does his work specifically reference his Native American heritage. His work is most directly about painting, his desire to paint, and the process-driven imagery that evolves through the action of painting.

Lavadour’s work is included in the permanent collection of institutions such as Boise Art Museum, King County Arts Commission in Seattle, Tacoma Art Museum, the Heard Museum in Phoenix, Arizona, and the Portland Art Museum.

MAM would like to thank Jordan Schnitzer for the loan of Deep Moon, and Jane Bebe and the PDX Contemporary Art Gallery of Portland, Oregon for being an advocate for James Lavadour and helping organize this important exhibition.