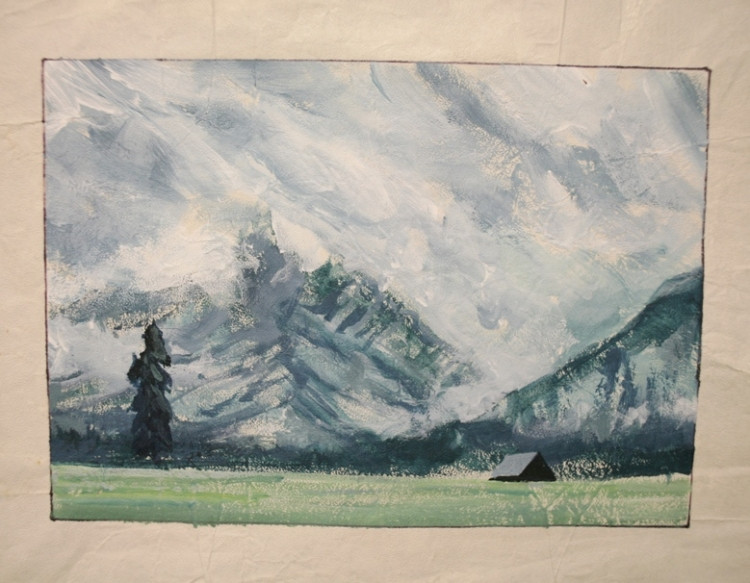 Thompson Falls, Montana artist Jared Shear created a body of work with the intention of creating an animated film and MAM is eager to share this unusual and multifaceted endeavor. Shear created a plein air painting of Cougar Peak in Lolo National Forest every day for one year. Consequently, he cataloged all of Cougar Peak’s seasonal changes, and the resulting 365 acrylic paintings on paper are worthy of celebrating.

He stated the exhibition concept on December 31, 2007, “It is done….WOW! Last year at this time I was sitting in the studio contemplating how I should start the new year. And it evolved into this crazy idea of painting Cougar Peak every day for one year. Coming from a background in animation, I decided to paint the exact same scene, with the idea at the end of the year I could animate it and watch the seasons come and go in a cool little movie, which will be coming soon.”

The 2007 project has been documented and blogged about, and can be visited online, but there is no substitute for the original works. Shear approached this project in a tenacious way. Shear studied animation at the Art Institute of Seattle and seems to be working out of a modern tradition of plein air observation. This is a practice reminiscent of the identical landscape scenes captured and recaptured by the masters Claude Monet and Paul Cezanne. And like them, there is an underlying belief that there is much to be garnered by painting the same scene at different times, over and again.