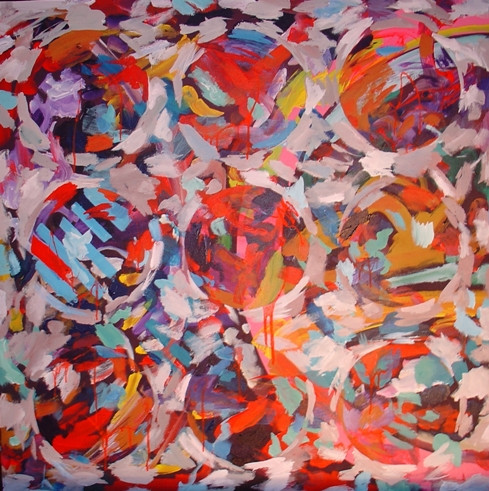 MAM is pleased to present its first solo exhibition of Jim Poor's, which has had widespread influence and impact on the art world. This new body of work celebrates an artist who has educated and inspired through the act and practice of painting.

While Poor has been influenced by the Abstract Expressionists, his artist statement helps us frame his painting in our own time and place. Poor states, "I am aware, as museum professionals often refer to (and artists often agree), that a 'sense of place' is paramount in recording the images inspired by Montana. Though I think of my work nearly always in terms of landscapes, I attempt to expand this iteration to include the abstract. Often, I do not separate the notion of representational and abstract as each has always been interchangeable in my visual vocabulary."

Born in Livingston, Montana, in 1936, Poor earned an MA in Painting and Art History from Stanford University. He returned to Montana to become a leading force in the arts community, along the way establishing educational standards and helping found and stabilize two museums, all the while maintaining a steady and consistent studio practice.

Poor has been Chairman of Montana Cultural Advocacy, President of the Montana Institute of the Arts Foundation, and member of the Alliance for Arts Education, The Montana Institute of the Arts, and Montana Art Education Association. He was elected president by the 12 state Pacific Region of the National Art Education Association. In 1985 he was honored with the Governor's Arts Award for Service to the Arts to the State of Montana. Jim Poor has exhibited widely in California, Montana, Oregon, Washington, and has work in collections throughout the region.