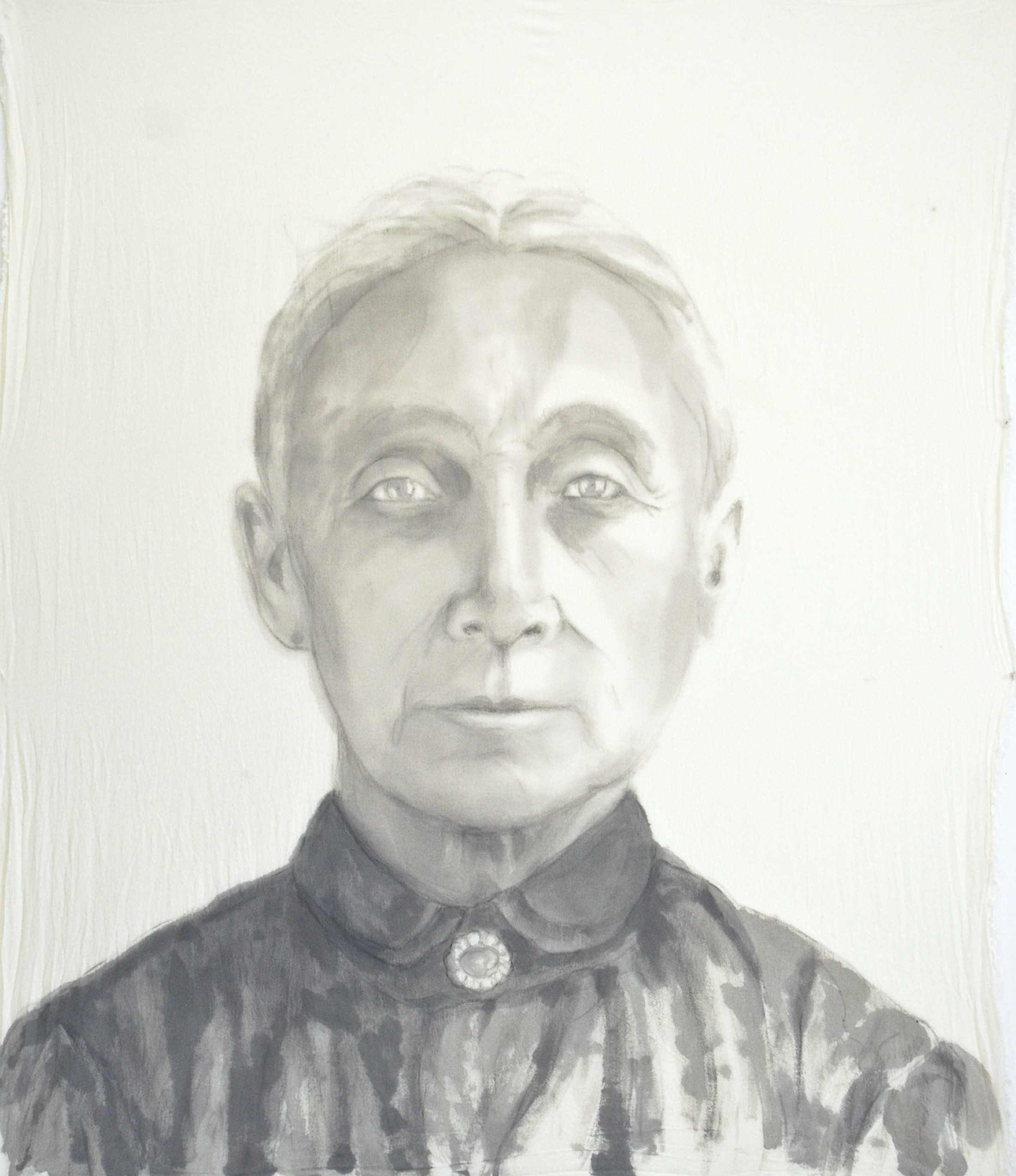 "Equality of Rights under the law shall not be denied or abridged by the United States or any State on account of sex."

MAM is proud to present this exhibition of large-scale black and white portraits by Missoula artist Kristi Hager depicting the women who populate her life. This exhibition takes place during the centenary observation of women’s suffrage and the 47th anniversary of the Equal Rights Amendment. Considered the largest reform movement in U.S. history, the campaign for women’s voting rights lasted more than seven decades and resulted in the passing of the 19th amendment, which advocates saw as essential to achieving economic, social, and political equality.

The Equal Rights Amendment, first passed by the House of Representatives in 1971 and the Senate in 1972, has yet to be ratified. Hager says, “I thought it would be ratified in my lifetime, but it continues to be a work in progress. It is the legal part of what humans want: political, social, and economic equality. Full equality is the work of lifetimes.” Hager began this series by painting her great grandmother, mother, goddaughter, friends, and a hero, but the exhibition, as the title suggests, is a work in progress, with portraits continuing to be added to the series. Hager says, “We stand on the shoulders of giants and we are asked to be giants for the next generation. Our time here is short but important.”

The Status of the ERA:

As the late Justice Ruth Bader Ginsburg explained, “Every constitution written since the end of WWII includes a provision that men and women are citizens of equal stature. Ours does not.”

When Congress passed the Equal Rights Amendment (ERA) in 1972, they set an arbitrary deadline (which is not required) of 1979. It was extended once to 1982, but when the deadline expired, the ERA was still three states short of ratification.

In 2017, Nevada became the first state in 45 years to pass the ERA, followed by Illinois in 2018, and Virginia in 2020, reaching the necessary 38 states to ratify. In 2019, the U.S. House of Representatives passed H.J. Res. 79 to eliminate the deadline, but legislation has not been passed in the Senate. Constituents are now urged to contact their Senators to pass S.J. Res. 6.

These two pieces of legislation will eliminate one of the procedural barriers standing in the way of enshrining gender equality in the U.S. Constitution. After the latest three states ratified the ERA, the states also filed a case before the District Court of Columbia demanding the incorporation of the ERA into the Constitution, and advocacy group Equality Now joined other human rights organizations in filing an amicus brief in support of the plaintiffs.

• Get involved locally with the Montana League of Women Voters

Listen to the artist discuss her inspiration for the show in this virtual tour:

"In 2017 my plan was to paint one portrait a week for two years. One hundred portraits would allow me to include all my dear friends and family, near and far, and then widen the circle. Soon enough, a serious reality check required me to get strategic with a realistic goal of twenty portraits by 2020. The MAM show represents numerous decades of life, my ancestors, my Hula ‘Ohana (family), and a hero.

Thank you to the PROP Foundation for financial support to complete six new portraits in 2020. Thank you to Kathy Carlson of Stoplight Art in Anaconda for launching Equal in 2019 with twelve portraits. Thank you to the Yellowstone Art Museum and the Missoula Art Museum for brilliant installations on short notice to coincide with the one-hundredth anniversary of women getting the right to vote. Thank you for trusting me to paint your portraits for Equal." —Kristi Hager

Click on the linked names below to hear Kristi interview the subjects of her portraits! Recorded in partnership with StoryCorp Connect.