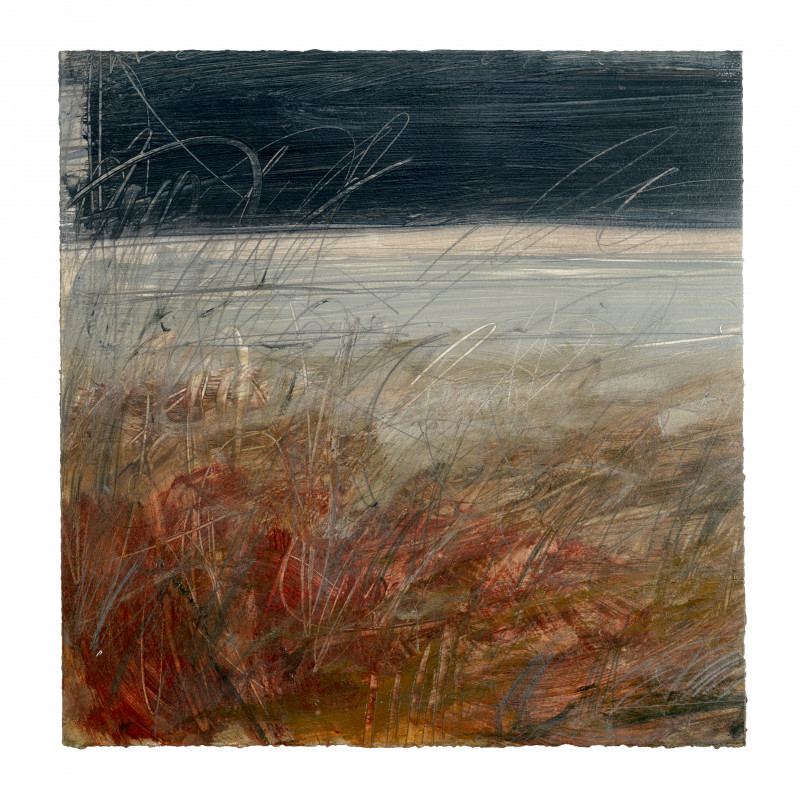 An accomplished contemporary artist, Thomas responds to his immediate environment along the California coast using gestural techniques drawn from action painting. Thomas lives and works in the rural northern California coastal community of Fort Bragg. His response to the landscape is the result of interactions with the natural world which filter, as he says, “consciously and unconsciously” into the work.

Thomas states, “Whether it’s a walk along the ocean or a hike in the mountains or adrift on a river, each encounter with the landscape is unique even if repeated on a regular basis. These to me are points of encounter—moments to be savored and remembered, moments of dramatic sensation to be recorded and remembered.”

Thomas depicts the quiet moments, places of transition between grass and sand, sky and water. His abstract drawings, paintings, and prints of the coastline suggest change and the resilience of native species. They also reflect the mood of shifting weather patterns and seasons. Coastal grasses are instrumental in preventing erosion and preserving habitat, creating an important border zone and providing a toehold for other species. Thomas has a philosophical view of erosion, seeing it as a natural process of growth and retreat, the land’s response to the effects of wind, water, or human impact.

Thomas regularly experienced this give and take of the land growing up along the Mississippi as the river constantly expanded and contracted, cutting deeply into banks or depositing new soil. Thomas was born in Memphis, TN, and as a boy explored the lower Mississippi delta. He recalls visiting the Chucalissa and other mound sites and grew up with his grandmother’s native stories about dreams and death. The Choctaw, Chickasaw, Quapaw, and Cherokee tribes once inhabited the area where the Arkansas and Mississippi Rivers intersect southwest of Memphis. With European contact, conflict and epidemics decimated their numbers. The survivors were relocated from their ancestral lands to reservations in Oklahoma and Mississippi. Subtle themes of displacement, encroachment, endurance, and preservation haunt Thomas’ landscapes.

Thomas received his BFA from the Memphis Academy of Arts and his MFA from the San Francisco Art Institute, where he went on to teach from 1981 until 2005, later becoming Dean of Academic Affairs and Interim President. He taught at Haystack Mountain School of Crafts and Burren College of Art in Ballyvaughan, Ireland, and served as a visiting scholar at the American Academy in Rome. He has been an artist-in-residence at the Djerassi Resident Artists Program, the Ragdale Foundation, and the Sitka Center for Art & Ecology.

Thomas’ artwork is included in the collections of the Metropolitan Museum of Art, Achenbach Foundation for the Graphic Arts, and National Museum of American Art at the Smithsonian Institution, among others. 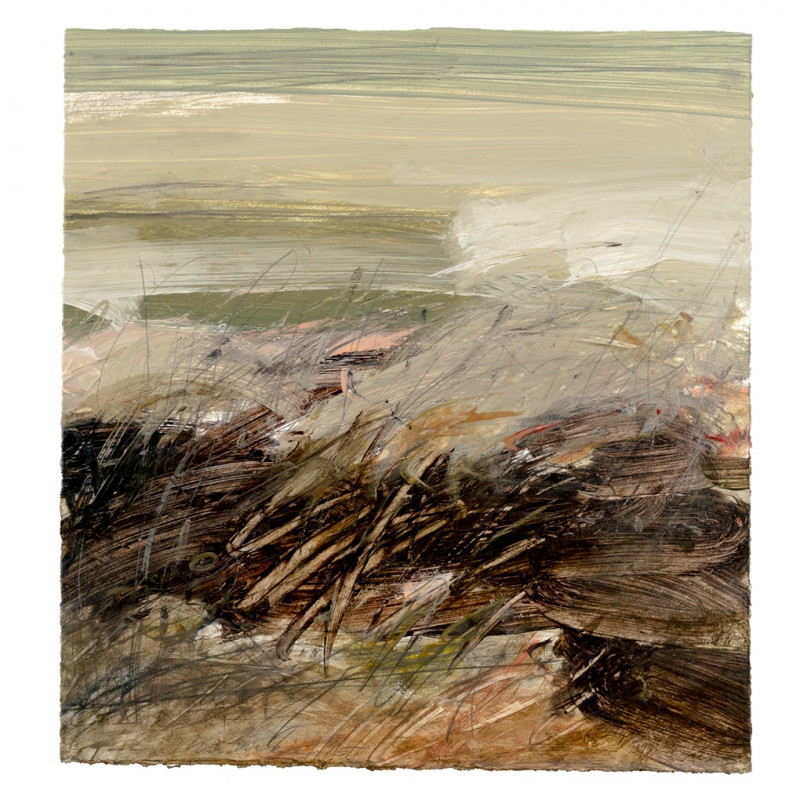 Larry Thomas, Horizon, LXXII, 2015, acrylic and graphite on paper, courtesy of the artist, copyright the artist.