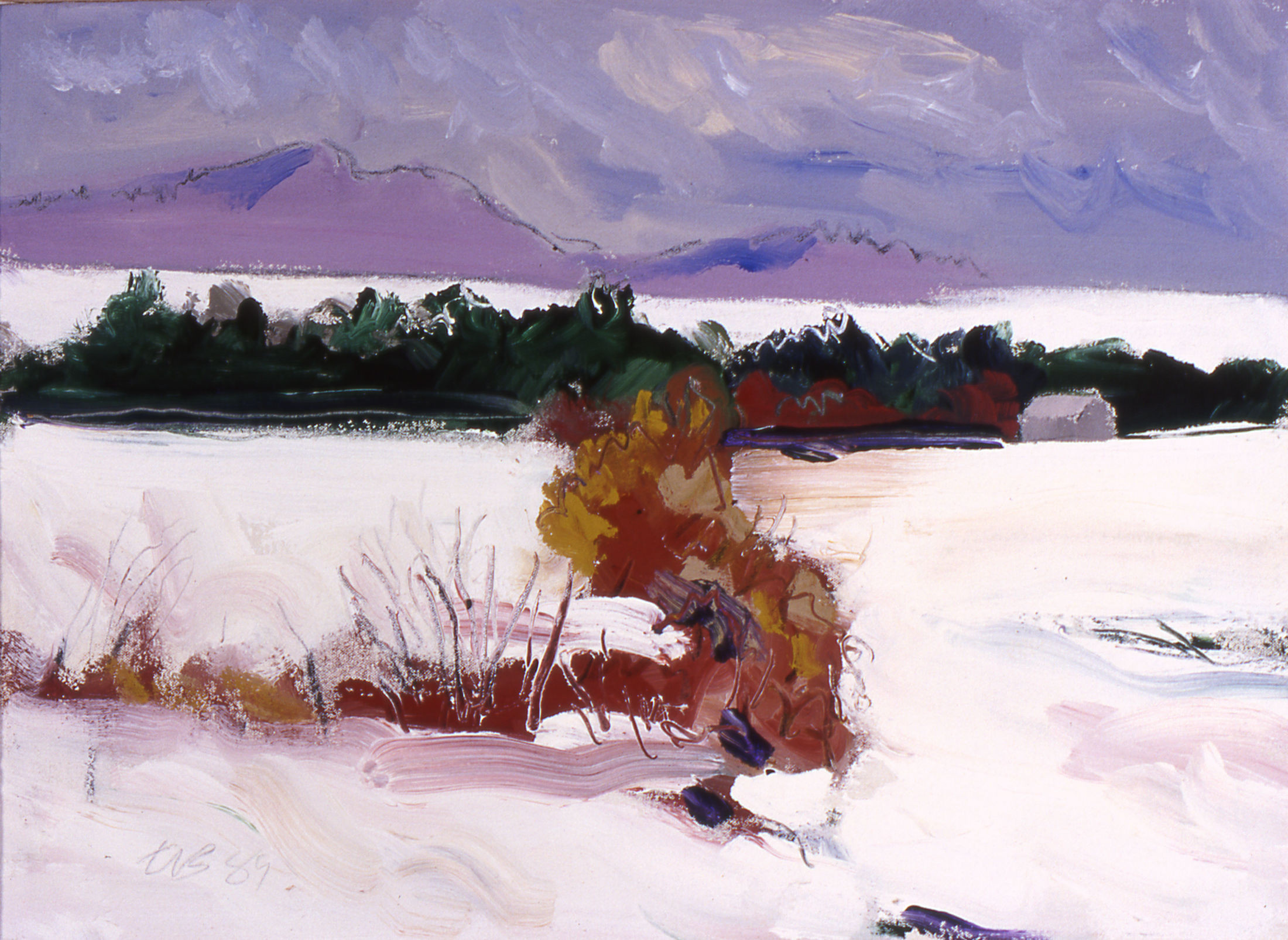 The Missoula Art Museum is committed to always displaying a portion of our permanent collection in the museum. Over the years, the staff has used several different themes to organize a collection exhibit, such as flora and fauna, the landscape, or a particular media like photography, the book arts, or ceramics. Establishing a theme is a means of featuring artworks in different ways, developing scholarship, and encouraging appreciation of MAM's collection.

Color is one of the keys to communicating ideas in the art world, so why not develop an exhibit based on the use of a color like purple? This approach might seem serendipitous, but it also provides an opportunity to examine art objects side by side that might otherwise never be looked at together. This explains the chemistry of an exhibition and examining an artists decision to use a particular color grants insight into their practice. Surveying the collection, we discovered several artists who fearlessly used purple, including Freeman Butts, Walter Hook, Gennie DeWeese, Leslie Van Stavern Millar, and several Hmong textile artists.

Purple has a very interesting history. In bygone times, purple has been associated with royalty and power, but the secret of that power lies in the glands of a tiny shellfish creature, with origins as early as the Minoan civilization. Tyrian Purple, the purple dye of the Phoenicians mentioned in texts dating back to about 1600 B.C., was produced from the mucus of the hypobranchial gland of various species of marine mollusks. It took some 12,000 shellfish to extract 1.5 grams of the pure dye. Legend credits its discovery to Heracles dog whose mouth was stained purple from chewing on snails along the Levantine coast. King Phoenix received a purple dyed robe from Heracles and decreed the rulers of Phoenicia should wear this color as a royal symbol.

Rome, Egypt, and Persia used purple as the imperial standard. With the decline of the Roman Empire, the use of Tyrian Purple also declined, and large-scale production ceased with the fall of Constantinople in 1453 A.D.

The birth of the synthetic dye industry can be traced to the discovery of an aniline based purple dye, mauveine, by the English chemist William H. Perkin in 1856. It became quite

fashionable and affordable to wear clothing dyed with "mauve".

Today, genuine Tyrian Purple remains the domain of the rich and famous, but the accessibility of synthetic dyes, paints and pigments has removed the mystique of purple. While the color purple has historical and cultural meaning, the selections from the collection indicate an artist s attitudes free from the preconceived notions of the preciousness of the pigment.

Among the works included in the exhibition were the following:

Lela Autio, Kids in the Ballroom

Freeman Butts, Garden of the Gods