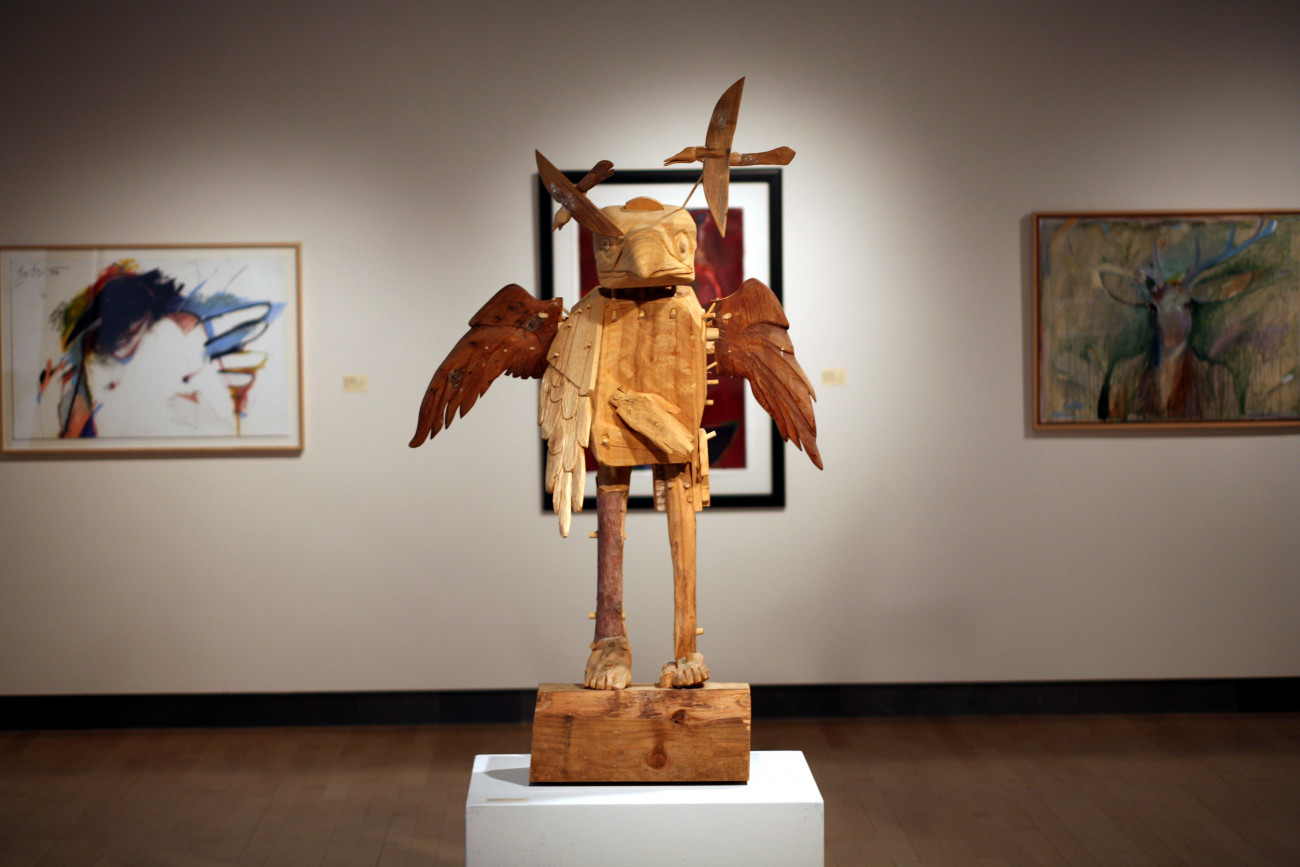 MAM is honored and delighted to host Dog's Journey: A 20 Year Survey by one of the region's most celebrated artists. Rick Bartow (Mad River Band Wiyot) was born on the coast of Oregon at Newport in 1946, not far from his ancestral lands in northern California. Bartow is a Native American of Wiyot heritage and this cultural foundation has played a large role in his art as a source of imagery and story. Additionally, he has always acknowledged a deep debt to contemporary Native American artists such as Fritz Scholder, Joe Feddersen, Lillian Pitt, and James Lavadour.

This nationally traveling survey exhibition includes work executed between the years 1991–2011. Viewing a survey of this prolific artist's work allows insight into Bartow's persistent creativity. Always a versatile artist, Bartow crafts sculpture, drawing, printmaking, ceramics, mixed media, and painting. This survey serves as a view of the tip of the iceberg of this inexhaustible artist and focuses primarily on Bartow's 2D work.

The consistency of Bartow's artworks goes beyond the mechanics of his process to a source material often rooted in the themes of animism and transformation. The dream-like quality of his work is ever-present as he draws from his heritage to incorporate images of tricksters and animals who adopt human qualities, such as Coyote, Crow, Hawk, and Dog. The dark nature of these mysterious figures floats free, not grounded in a specific place but instead suggesting a state of mind or a state of being and becoming. In certain drawings, figures emerge from a dark tunnel, suggesting a journey, a seeking, which might, in the end, be personally redemptive.

This exhibition demonstrates that Bartow is at full stride and at the top of his game, sharing a unique body of work rooted in his own identity, and openly and generously citing his influences while remaining true to his own expression.

The exhibition will be hosted in the Lynda M. Frost Contemporary American Indian Art Gallery. This gallery is dedicated to honor the creative cultural contributions of American Indian people to contemporary art and to ensure that Indian artists will always have a place to celebrate that contribution. MAM is indebted to Charles Froelick and the Froelick Gallery of Portland, Oregon for being an advocate for Rick Bartow, and helping organize this important nationally traveling exhibition.