The Restorative Power of a Haunting Narrative

Rick Bartow (1946–2016) was one of the nation’s most important contemporary Native artists. In the fall of 2019, MAM featured his work in a national traveling exhibition organized by The Jordan Schnitzer Museum of Art at the University of Oregon.

Bartow, a member of the Mad River Band Wiyot, a tribe that thrived in Northern California before being massacred in large numbers in the 1860s by vigilante settlers, created art drawn from his personal history, Native American ancestry, and friendships with artists from around the world. Born in Newport, Oregon, and educated at Western Oregon University where he graduated with a degree in secondary arts education, Bartow served in the Vietnam War immediately after college.

Awarded a Bronze Star for his service, Bartow worked as a teletype operator and hospital musician in Vietnam from 1969 to 1971. By the time he finished his tour, he suffered post-traumatic stress and turned to substance abuse. After a period of recovery, making art allowed Bartow to confront parts of his history that were difficult. While he avoided depicting specific wartime experiences, his work came to feature haunting combinations of human and animal forms seemingly caught in the act of transformation. Author Barry Lopez called Bartow’s art, particularly the animal images, “penetrating.” He observed that Bartow’s art was made “to be in service, to work through the mess and make something comprehensible.” 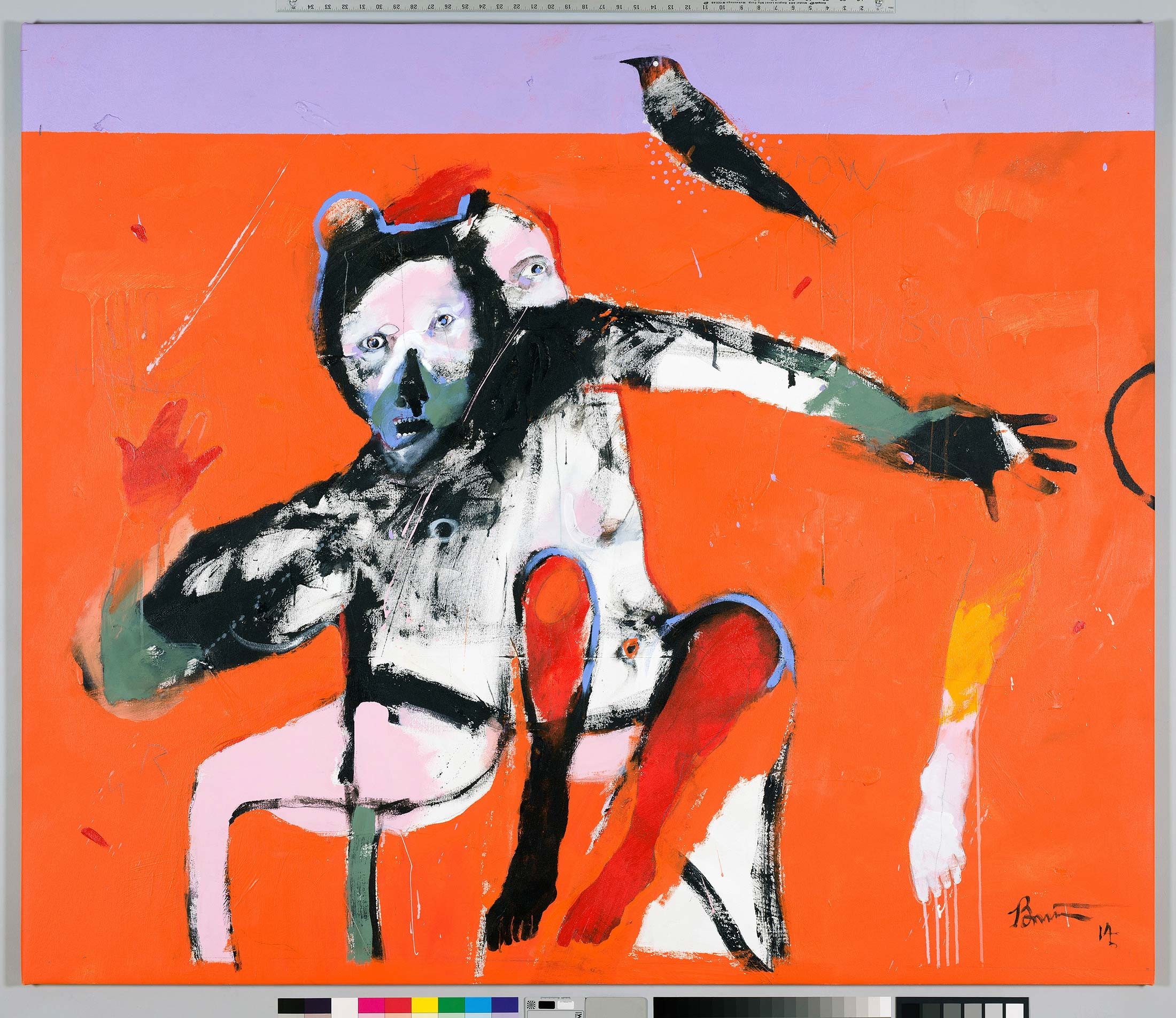 Bartow is known for his large-scale paintings, drawings, prints and sculptures that have been featured in many solo and group exhibitions nationally and internationally and are in numerous public and private collections. One of the highlights of his career was the completion of We Were Always Here, a monument commissioned by The Smithsonian's National Museum of the American Indian and installed on the National Mall in Washington, D.C.

In 2013, Bartow suffered a major stroke. Within days of nearly losing his memory and motor skills, he was back in the studio, drawing and painting his way back to health. Until his death just three years later, Bartow continued to produce art.

Organized by the Jordan Schnitzer Museum of Art, University of Oregon.Support for the exhibition is provided by the Ford Family Fund of the Oregon Community Foundation, Arlene Schnitzer, the Coeta and Donald Barker Changing Exhibitions Endowment, The Harold and Arlene Schnitzer CARE Foundation, a grantfrom the Oregon Arts Commission and the National Endowment for the Arts, a federal agency, the Ballinger Endowment, Philip and Sandra Piele, and JSMA members.