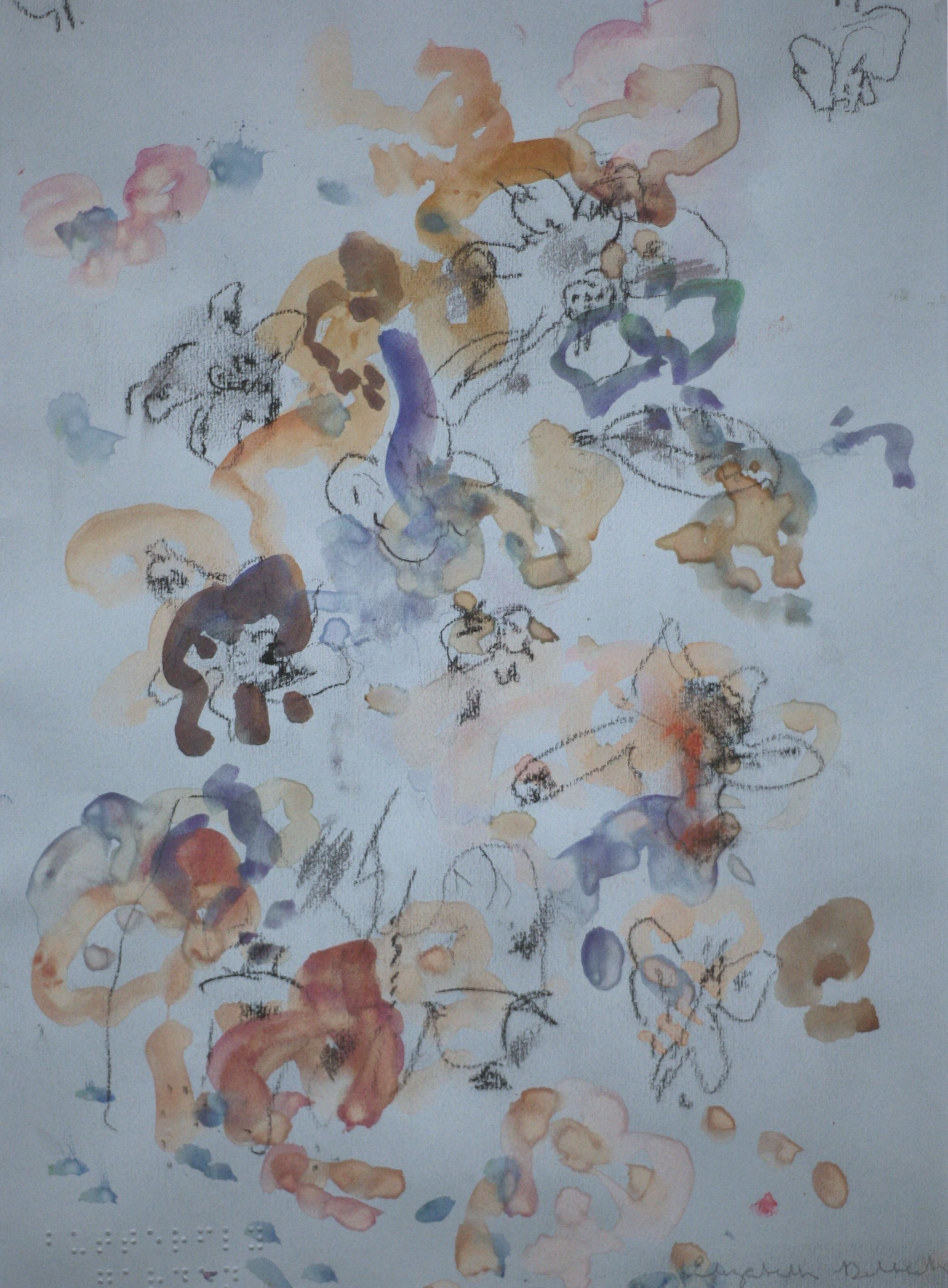 Self-Taught And Art Brut In The MAM Collection

MAM presents several recent acquisitions to the permanent collection to help reacquaint visitors with the variety and depth of ideas and approaches to art found in our collection vault. The drawings of Steve Muhs, acquired from his recent MAM exhibition: Steve Muhs: I Have a Coffee Table, join with local favorites Elizabeth Dilbeck and Lew Foster.

As modernist artists tired of and rejected academic styles, they sought inspiration in art forms outside the realm of official culture. In the 19th century, artists found refreshing and invigorating creative works considered exotic or primitive, such as masks from the continent of Africa, prints from Japan, or the medieval and folk arts found throughout Europe. An interest in the art of insane asylum inmates grew in the 1920s.

The post-war French artist Jean Dubuffet was especially interested in these works, coining the term Art Brut. The more common term used in the United States is “Outsider Art,” which was coined by art critic Roger Cardinal in 1972.

Each of the artists in this small exhibit is difficult to categorize, emphasizing the broadness of the category, and the wide variety of styles and approaches. Steve Muhs is more appropriately described as re-taught, shrugging off, and overcoming his formal art training with no fear of his own personal vision and voice. Elizabeth Dilbeck is a visually impaired painter—her eyesight deterioration started at the age of seven—and paints instinctually from memories of colors and images. Lew Foster is a developmentally disabled gentleman that creates compelling and joyful artworks, taking advantage of Opportunity Resources’ wonderful art programs.

Common to each artist, and regardless of how they arrived there, is an obsessive need to create, to express something from deep within and beyond the constraints and interference of, as Dubuffet said, competition, acclaim, and social promotion. Please enjoy the raw humor, the provocative fearlessness, and the liberating authenticity of these compelling and sincere artworks.