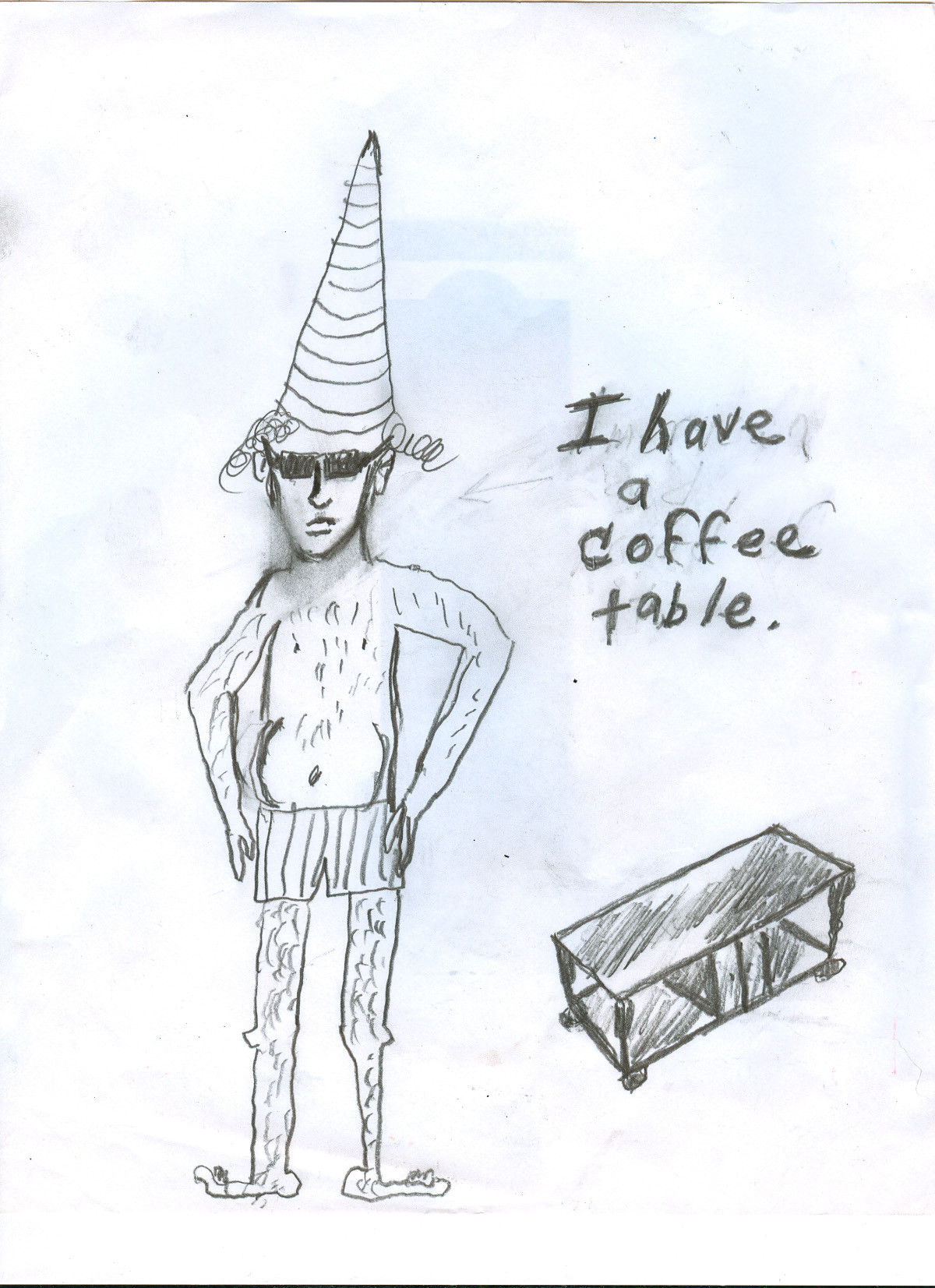 Photo: Steve Muhs, detail of I Have a Coffee Table, graphite on paper, no date, MAM Collection, copyright the artist, 2011.03.07

Steve Muhs: I Have A Coffee Table

Darby, Montana artist Steve Muhs is one of the most prolific artists in the region. Since moving to Montana in the early 1990s, Muhs has lived in several different communities throughout the state including Dillon, Billings, and Wolf Point. He received a BS from Western Montana College in Dillon, and an MA in Art from Eastern Illinois University.

Like the Art Brut artists that emerged in Europe in the 1940s, Muhs is an educated and formally trained artist that has taken an idealistic approach to aesthetics. He embraces childlike and direct drawing methods and eschews traditional standards of beauty in favor of what he believes to be a more authentic and human approach to art-making. Like many of the modern movements that rebelled against the norms of the day, some of the Art Brut artists advocated finding ways to unlearn their formal art training. French writer and publisher Jean Paulhan, friend and supporter to many surrealist and Art Brut artists, described their challenges with expected norms and standards of the academy as a form of "intellectual terrorism."

Regardless of historical precedent, Muhs is a unique artist working consistently in the region and is deserving of serious attention and consideration. Underlying his raw drawings is a sophisticated and savvy sense of humor. The text he incorporates into the drawings is an additional layer of information, sometimes only vaguely connected to the image it accompanies. Muhs often combines Xerox images with the most common and mundane language and phrases. His work demonstrates he is extremely obsessive, prolific, and committed to his work.

Viewing these drawings, we discover they are full of philosophical jargon, compositionally refined, free from intellectual concerns, and consistently walk the tightrope of the absurd and the serious.