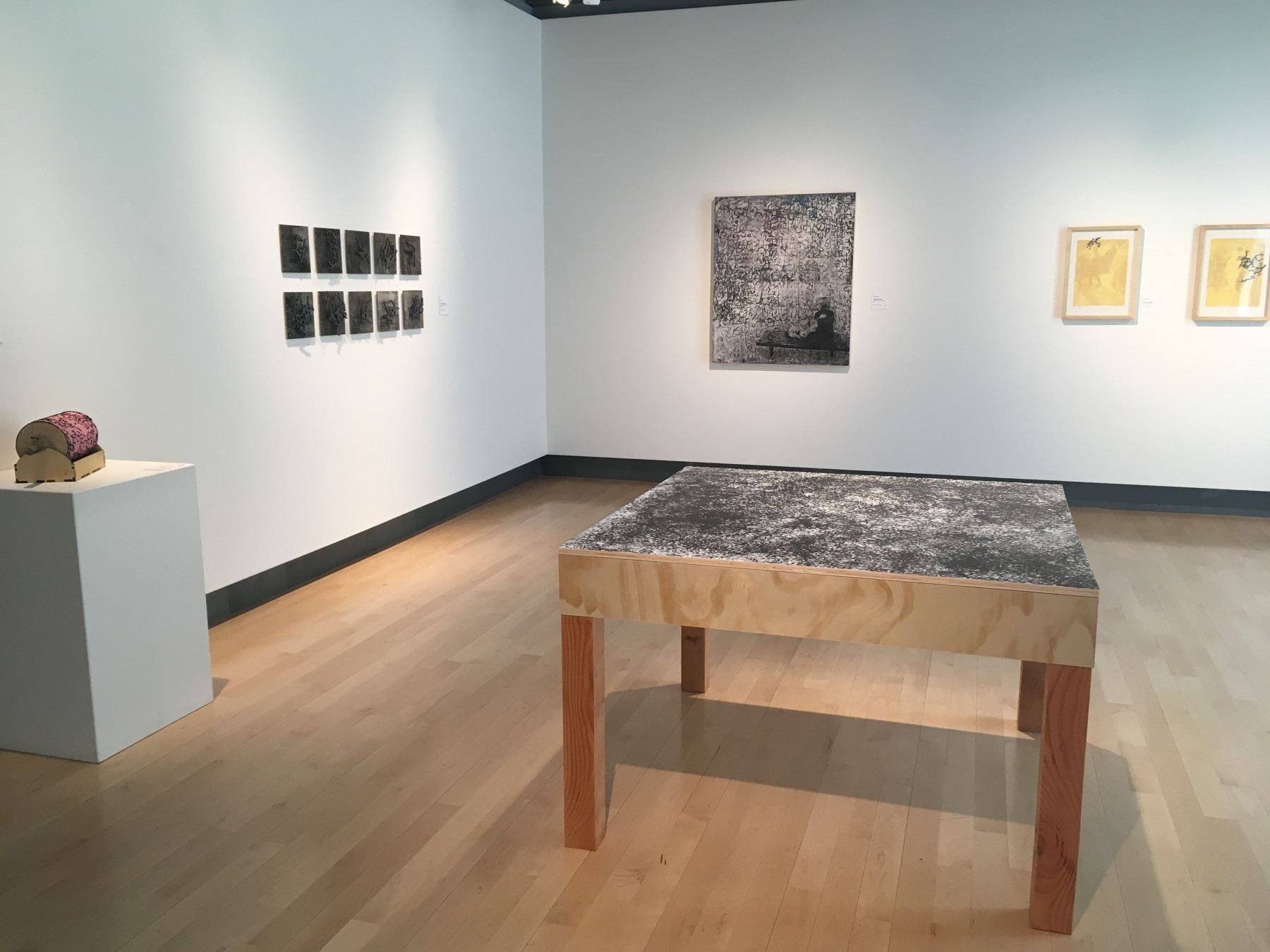 Bozeman printmaker Sukha Worob is acutely interested in communication and language. The object of his artistic inquiry lies within what he describes as “the difficulty in communication and the potentials and pitfalls that arise out of our communicative attempts with each other on a personal, national, and global scale.” Worob explores traditional and non-traditional approaches to printmaking through multiples on paper and interactive “printstallations” that bring together his key concepts.

This exhibition expands upon an ongoing series of work called Zamenhof's Trials. Ludwik Lejzer Zamenhof (1859–1917) is most widely known as the creator of Esperanto, the world’s first constructed international auxiliary language. Zamenhof—who grew up in a contentious area of Poland where speakers of four languages clung to ethnic identities—believed that a world without war was only possible through direct, open communication. A defining feature of Worob’s series is a palimpsest of marks, or what he calls “lines and cees,” that, when printed randomly, combine to form the structure of every alphabetic character. A few large panels in the exhibit orient viewers to the visual concept of creation/deconstruction of language through layers of marks. A series of framed prints titled The Devil Between Us superimposes a palimpsest cluster over an image of people in conversation.

The exhibition’s title piece, Zamenhof’s Table, is a low, square table—the surface a clean, blank slate at the opening of the exhibition. Tables, as sites of business and communication, are a metaphor for inclusion and consultation. “Coming to the table” is a term commonly used to discuss an issue or situation in an attempt at resolution. Worob says the format references “a diplomatic space.” Ink plates and rollers cast with random lines and cees are displayed next to the table. Participants are invited to use the rollers and print on the table, which creates both a communal and adversarial space.