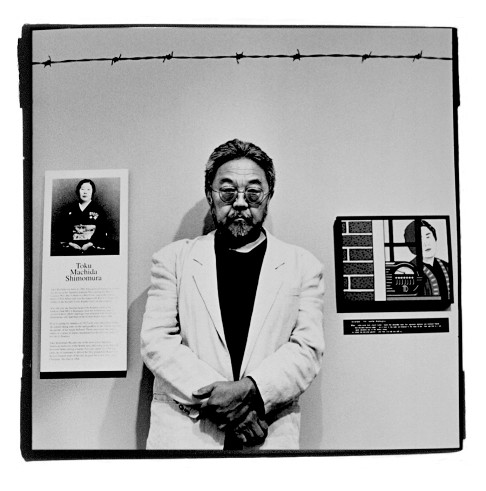 Teresa Tamura: Made In Minidoka: The Incarceration Of Japanese Americans In Idaho

This exhibition features a selection of photographs from the larger body of work Tamura has generated over the past decade. Tamura, the daughter of second-generation Japanese Americans, was born and raised in Nampa, Idaho, a small town just a two-hour drive from the remnants of the Minidoka Relocation Center. Though growing up in Idaho, in such close proximity, she was never told of the internment camp; first learning of Minidoka in 1978, in journalism school, at Idaho State University.

In 2001, Tamura heard artist Roger Shimomura lecture about his paintings based on the journals his grandmother kept while interned at Minidoka. Tamura, like Shimomura, was inspired to depict a sense of the place and the life of internment at Minidoka. Her images, captured on black and white infrared film, accentuate the stark landscape and architectural remains of the camp while lending a timeless quality to the photographs. The present-day portraits of internees are honest and human. Tamura's eye for composition, honed over twenty years as a photojournalist, unites her unique photographic vision with persistent honesty that is both personal and universal.