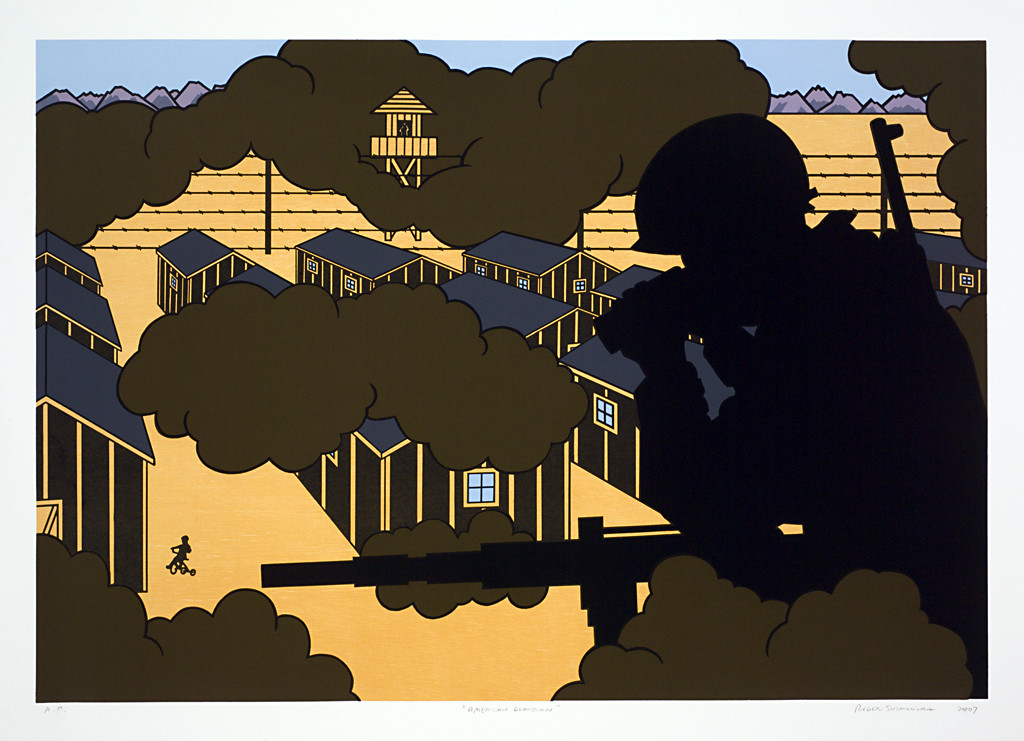 The Art Of Human Conflict: Selections From The MAM Collection

Conflict in its limitless forms has been a part of the human environment since the dawn of history. Artists from diverse cultures and eras have portrayed these confrontations, whether a subtle, psychological struggle between two individuals or a world-wide war between modern industrialized societies. In the exhibit The Art of Human Conflict, MAM turns to its own permanent collection to share the varied subject matter and imagery contemporary artists use to convey disputes and cultural clashes.

For millennia in the Western world, artists, in an effort to conform to the powers that be, portrayed princes and kings crushing their enemies in victorious battles. Evidence of this is seen in the stone reliefs and steles of the ancient world, the tapestries of the middle ages, the frescos of the renaissance, and the grand paintings of the baroque and beyond. The princes of the courts and the church paid great commissions for artworks meant to enhance their glory and strike fear into the hearts of their enemies.

With the advent of the modern era, visual artists were freed from relying on church and state to pay the bills, allowing them to bring a more diverse and personal perspective on conflict. In the few years leading up to WWI, certain German Expressionists created paintings that captured the growing dark psychological atmosphere. The onset of WWI especially would usher in an era of portraying war not as a glorious spectacle, but as a horror. The German expressionist painter Otto Dix, a soldier in the war, produced a print series entitled Der Krieg, which is a particularly grim and gruesome illustration of the harsh realities of the front lines and war. As the world became more complex and integrated, artists continued to produce a commentary on the range of human conflicts with their own unique vision and perspective.

These selections from MAM’s permanent collection cover a variety of human conflicts: Roger Shimomura’s portrayal of the WWII Japanese internment camps, Jim Todd’s cold war commentaries, and Jaune Quick-to-See Smith’s portrayals of the Native American conflict with the dominant culture. Psychological explorations include John Hull’s paintings suggesting a narrative of menace and violence, Sheila Mile’s expressive paintings of interpersonal dramas, and Peter Kurinsky’s struggle as his own mind turned against him.

Thanks to our sponsors: Humanities Montana