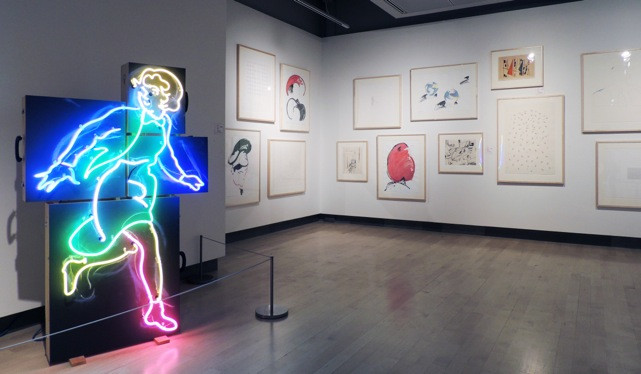 MAM is pleased to offer an exhibition that celebrates recent gifts donated to its Permanent Collection by Willem and Diane Volkersz. Included in the exhibition are 12 drawings donated in 2014 and 38 drawings donated in 2015. These works were exhibited as part of a drawing retrospective titled, A Paper Trail, Drawings 1954–1999. The drawings range in theme from those Volkersz created as a high school student during his studies of the geometric De Stijl movement native to the Netherlands, to a series of playful self-portraits, spare conceptual exercises, and hat ‘excerpts’ drawn from famous paintings throughout art history. As a whole, they are a testament to the power and breadth of which drawing is capable and to the artist's development over a period of 60 years.

Volkersz immigrated to the United States in 1953, and these drawings chronicle his growing self-awareness as an artist, as well as a fascination with his adopted home. Volkersz is celebrated for his large-scale mixed-media assemblages that incorporate vintage and kitsch found objects; enlarged, vernacular ‘paint-by-number’ scenes; elegant neon ‘drawings;’ and simple wooden objects such as benches or suitcases. These neon works extend his drawing practice into three dimensions, creating a vocabulary of signs and signifiers that the artist employed over the course of his career. Throughout the 1960s, many artists were influenced by neon signs, and Volkersz, an enthusiastic and exhaustive collector of American folk art and vernacular objects, became obsessed with neon as a perfect expression of American culture.

Volkersz was recently honored with inclusion in the Portland Art Museum’s 2016 Contemporary Northwest Art Awards. The artist's work has been featured in 45 solo exhibitions and more than 200 group shows internationally. He taught at Ohio State University, Jacob Kramer College (Leeds, England), the Kansas City Art Institute, and Montana State University, where he also served as Director of the School of Art for six years. 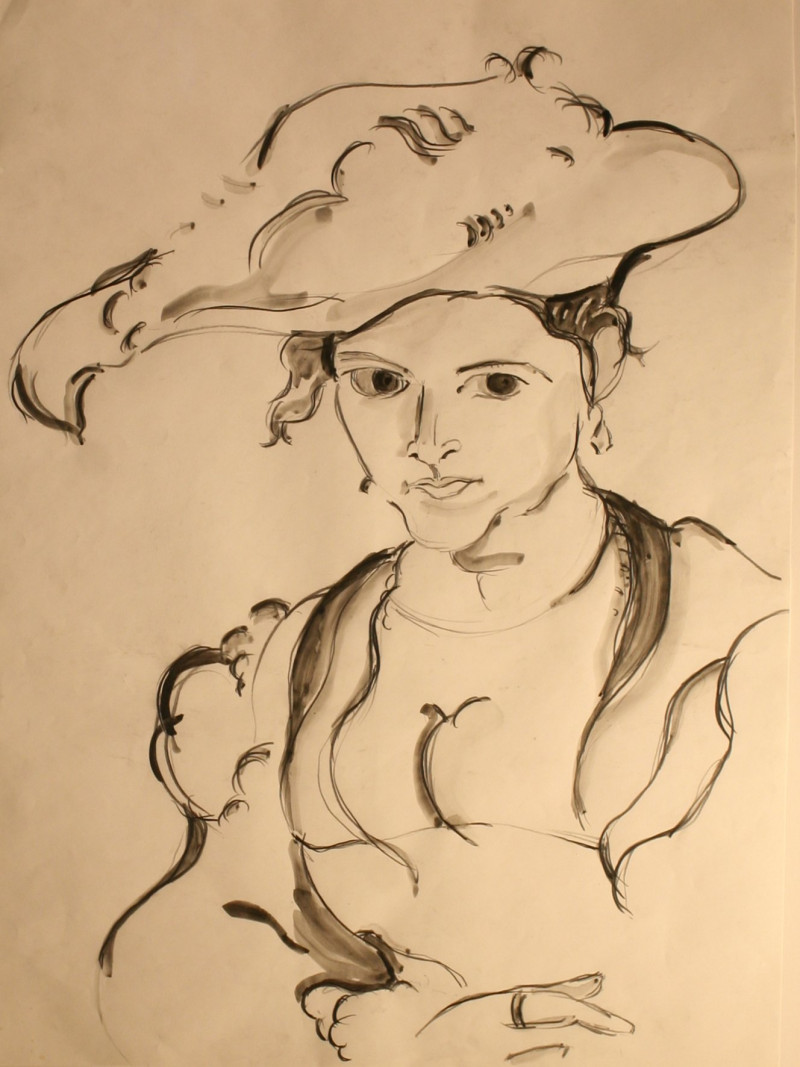