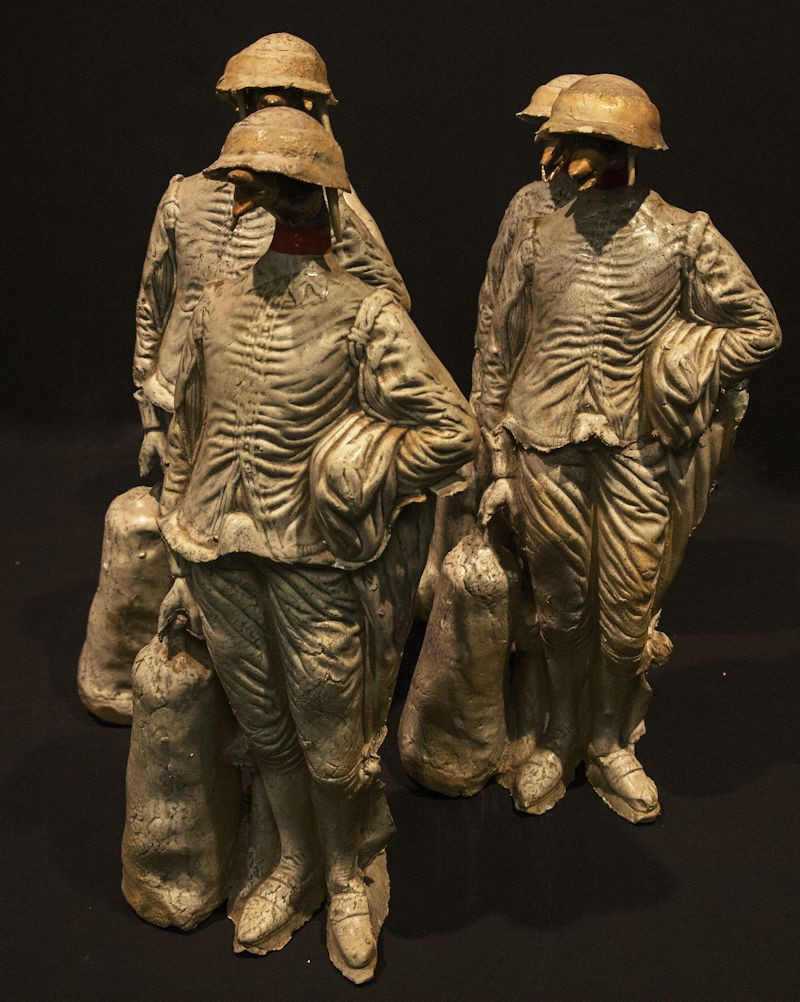 What do Blue Boy, doughboys, and a Technicolor extravaganza have in common? Look no further than Doug Baldwin’s The All Volunteer Red Neck Duck Army Following the Yellow Brick Road. This 1972 sculpture is one of Baldwin’s first to feature ducks, now the beloved hallmark of his career.

The Army debuted in a faculty exhibition at Maryland Institute, College of Art, where Baldwin chaired the ceramics department. When the college dean saw the work, he asked that it be moved into a back room. But Baldwin got the last laugh, as the work was critically praised and purchased for a private collection in Baltimore. In 2016, that collector, Mary Ann Lambros, donated the work to MAM.

This impressive sculpture melds Thomas Gainsborough’s Blue Boy with the doughboy, both drawn from Douglas Baldwin’s education in art and Army service. More than 100 ducks march elbow-to-elbow on a yellow road winding through an emerald-green valley. The tall ducks in the first row are detailed in their clothing, helmets, and gunny sacks. Each successive row diminishes, however, in size and specificity, as a result of being cast from the preceding row, until the most distant ducks are mere nubs in the sculpted, snowcapped mountains. Baldwin designed the work with a tiled base to be installed at an angle, creating a forced perspective that enhances the sense of an endless march and thus, the interpretation of the work in the 1970s as an anti-war commentary.

The Army has seen some wear-and-tear over 45 years. But with a few new parts and a little advice from the artist, MAM has begun initial repairs. Work will be ongoing, as the Collection expands resources for preservation and conservation. 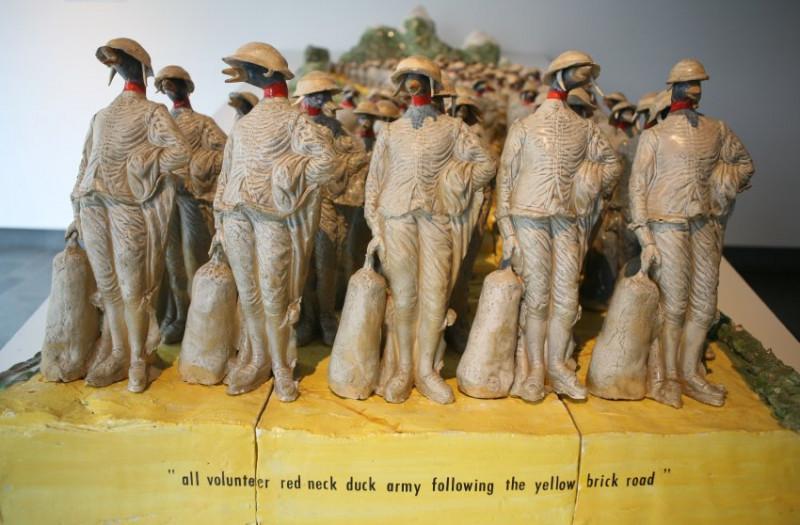