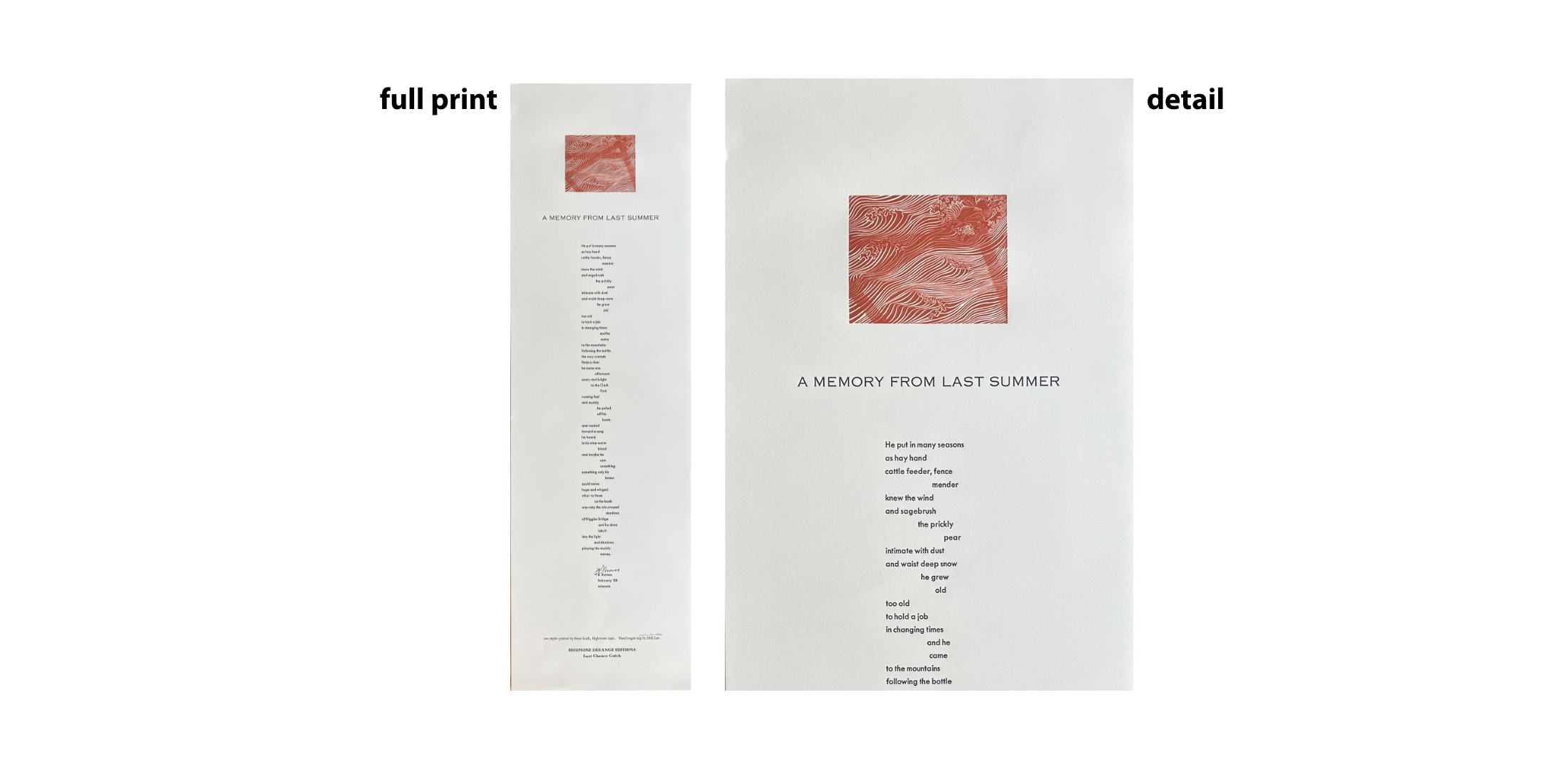 "He put in many seasons as hay hand cattle feeder fence mender, knew the wind and sagebrush the prickly pear, intimate with dust and waist deep snow he grew old, too old to hold a job in changing times and he came, to the mountains following the bottle the way a creek finds a river he came one afternoon sunny and bright to the Clark Fork, running fast and muddy he pulled off his boots, and waded toward a song he heard in his wine warm blood, and maybe he saw something, something only his bones could name, huge and winged what to those on the bank was only the cris-crossed shadows of Higgins Bridge, and he drove into it, into the light and shadows playing the muddy waves.
d. thomas, February '88, missoula"