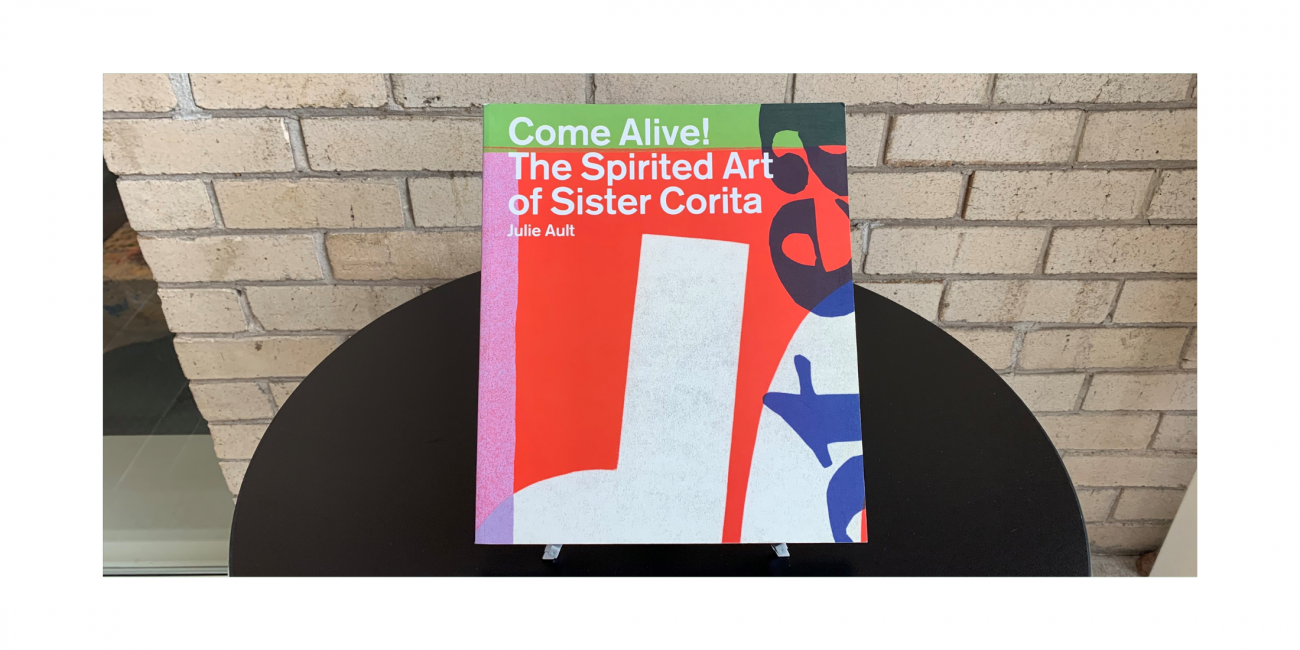 At 18, Corita Kent (1918–1986) entered the Roman Catholic order of Sisters of the Immaculate Heart of Mary in Los Angeles, where she taught art and eventually ran the art department. After more than 30 years, at the end of the 1960s, she left the order to devote herself to making her own work. Over a 35-year career, she made watercolors, posters, books, and banners--and most of all, serigraphs--in an accessible and dynamic style that appropriated techniques from advertising, consumerism, and graffiti. The earliest of it, which she began showing in 1951, borrowed phrases and depicted images from the Bible; by the 1960s, she was using song lyrics and publicity slogans as raw material. Eschewing convention, she produced cheap, readily available multiples, including a postage stamp. Her work was popular but largely neglected by the art establishment--though it was always embraced by such design luminaries as Charles and Ray Eames, Buckminster Fuller, and Saul Bass. More recently, she has been increasingly recognized as one of the most innovative and unusual Pop artists of the 1960s, battling the political and religious establishments, revolutionizing graphic design and making some of the most striking--and joyful--American art of her era, all while living and practicing as a Catholic nun. This first study of her work, organized by Julie Ault on the twentieth anniversary of Kent's death, with essays by Ault and Daniel Berrigan, is the first to examine this important American outsider artist's life and career and contains more than 90 illustrations, many of which are reproduced for the first time, in vibrant, and occasionally Day-Glo color.