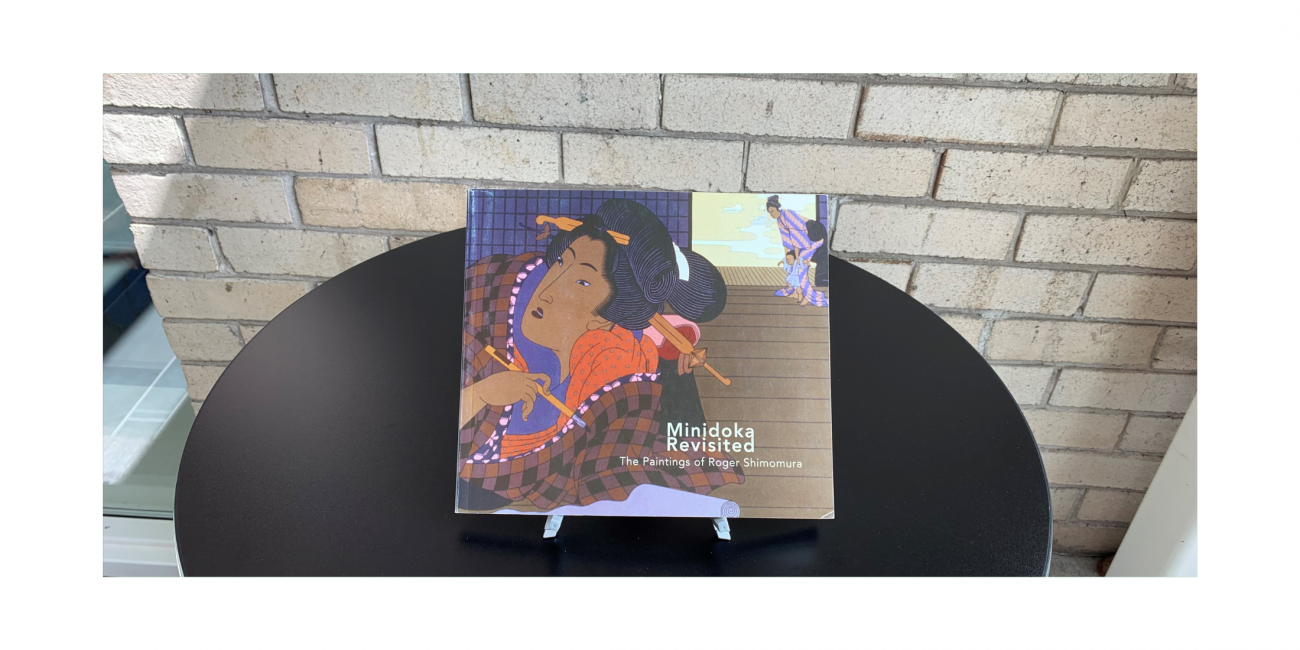 "Minidoka Revisited", a powerful compilation of the vibrant work of artist Roger Shimomura, chronicles experiences of racial and ethnic stereotyping endured by Asian Americans in recent history. From the incarceration of Japanese Americans during World War II, to contemporary everyday instances of cultural insensitivity, Shimomura's vivid, pointed works reflect one Japanese American's response to a sometimes hostile American culture. 'Minidoka Revisited" prompts its readers to question past actions, to consider current political environments, and to explore the safety of their own individuality within contemporary America. The paintings included span twenty-five years of Shimomura's work. Selections from his earlier series, including "Minidoka", "Diary", and "American Diary", chronicle his family's experiences leading up to and during their internment, with roughly 10,000 other Japanese Americans from the Pacific Northwest, at the Minidoka Relocation Center in south-central Idaho. Selections from his more recent series, including Stereotypes and Admonitions, reveal 'snapshots and stories' of experiences of racial and ethnic insensitivity and discrimination faced today by the artist and other Asian Americans. Through accompanying essays and analysis, 'Minidoka Revisited" invites us to consider how issues of stereotyping have impacted America and its diverse citizens, and how the very same issues continue to resonate in a post-9/11 world.