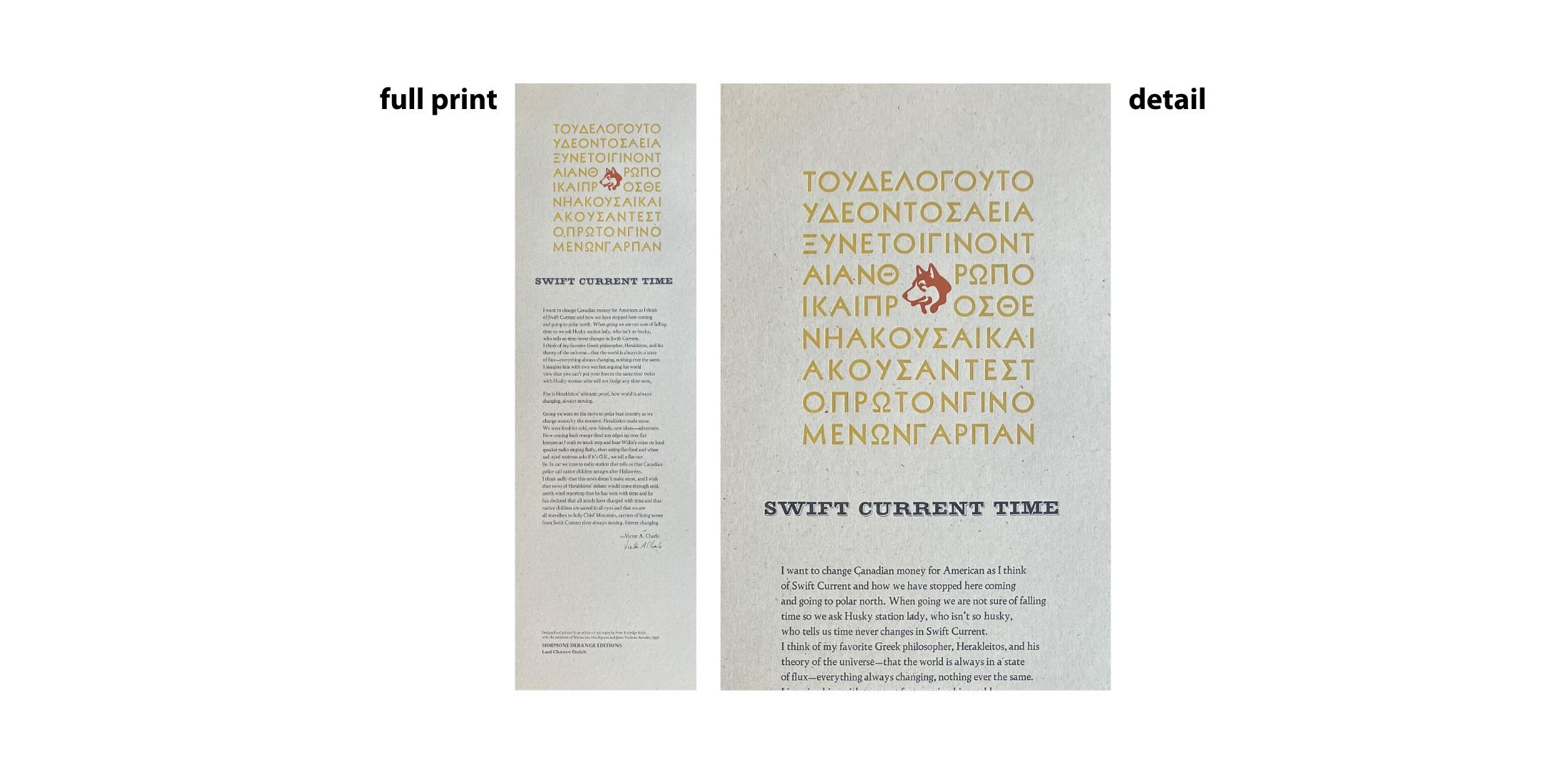 Poem by Victor A. Charlo.

"I want to change Canadian money for American as I think of Swift Current and how we have stopped here coming and going to the polar north. When going we are not sure of falling time so we ask Husky station lady, who isn't so husky, who tells us time never changes in Swift Current. I think of my favorite Greek philosopher, Herakleitos, and his theory of the universe-- that the world is always in a state of flux-- everything always changing, nothing ever the same. I imagine him with two wet feet arguing his world view that you can't put your foot in the same river twice with Husky woman who will not budge any time soon.
Fire is Herakleitos' ultimate proof, how world is always changing, always moving.
Going we were on the move to polar bear country as we change scenes by the moment. Herakleitos made sense. We were fired for cold, new friends, new ideas-- adventure. Now coming back orange-fired sun edges up over flat horizon as I walk to truck strop and hear Willie's voice on loud speaker radio singing flatly, the eating flat food and when sad-eyed waitress asks if it's O.K., we tell a flat out lie. In car we tune to radio station that tells us that Canadian police call native children savages after Halloween. I think sadly that this news doesn't make sense, and I wish that news of Herakleitos' debate would come through cold, north wind reporting that he has won with time and he has declared that all minds have changed with time and that native children are sacred in all eyes and that we are all travellers to holy Chief Mountain, carriers of living water from Swift Current river always moving, forever changing."