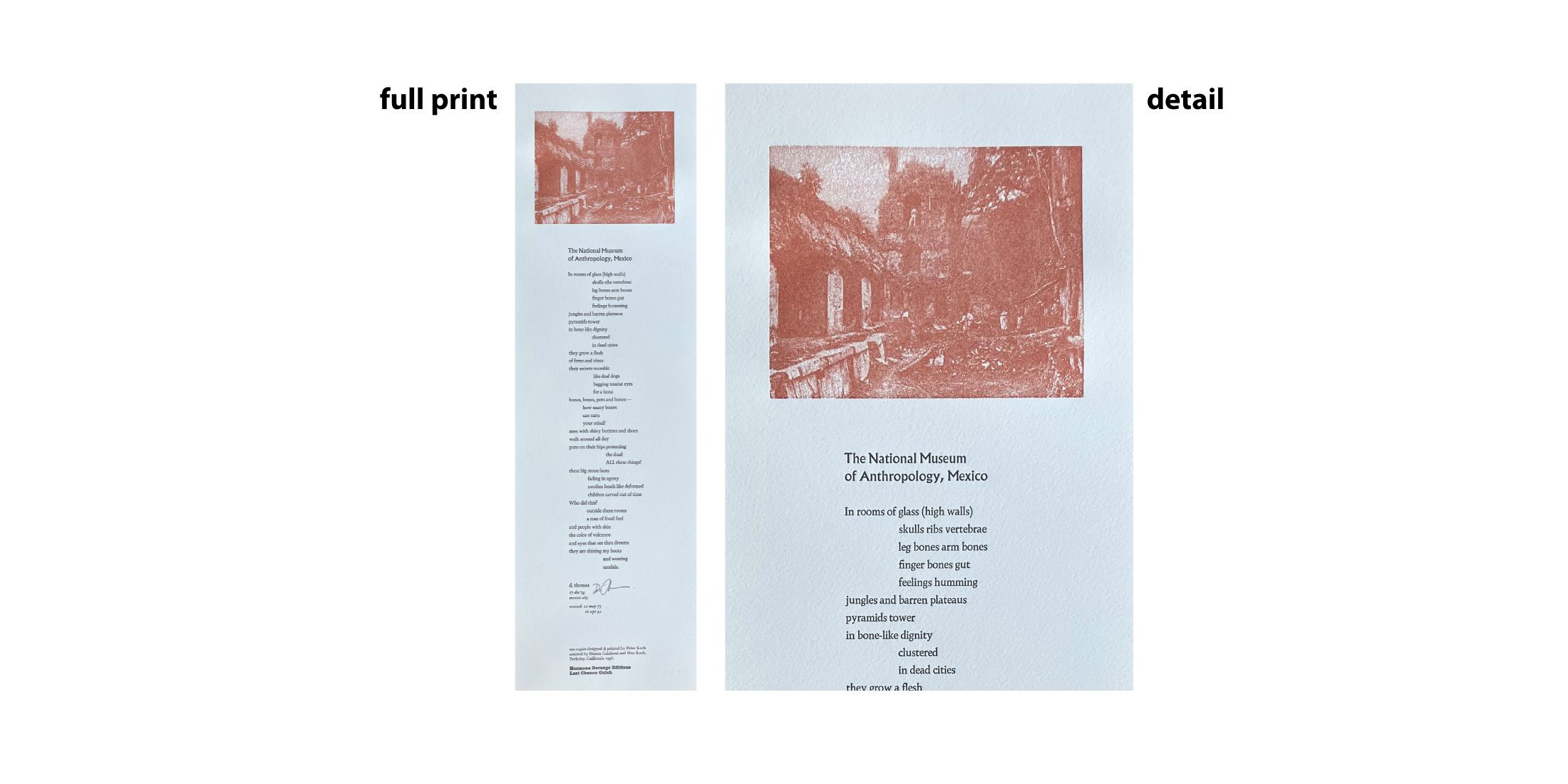 "In rooms of glass (high walls) skulls ribs vertebrae leg bones arm bones finger bones gut feelings humming jungles and barren plateaus pyramids tower in bone-like dignity clustered in dead cities they grow a flesh of ferns and vines their secrets mumble like deaf dogs begging tourist eyes for a bone bones, bones, pots and bones-- how many bones can turn your mind? men with shiny buttons and shoes walk around all day guns on their hips protecting the dead ALL these things! these big stone faces fading in agony swollen heads like deformed children carved out of time Who did this? outside these rooms a roar of fossil fuel and people with skin the color of volcanos and eyes that see thru dreams they are shining my boots and wearing sandals.
d. thomas, 17 dec 74, mexico city
revised: 22 may 75, 16 sept 92"