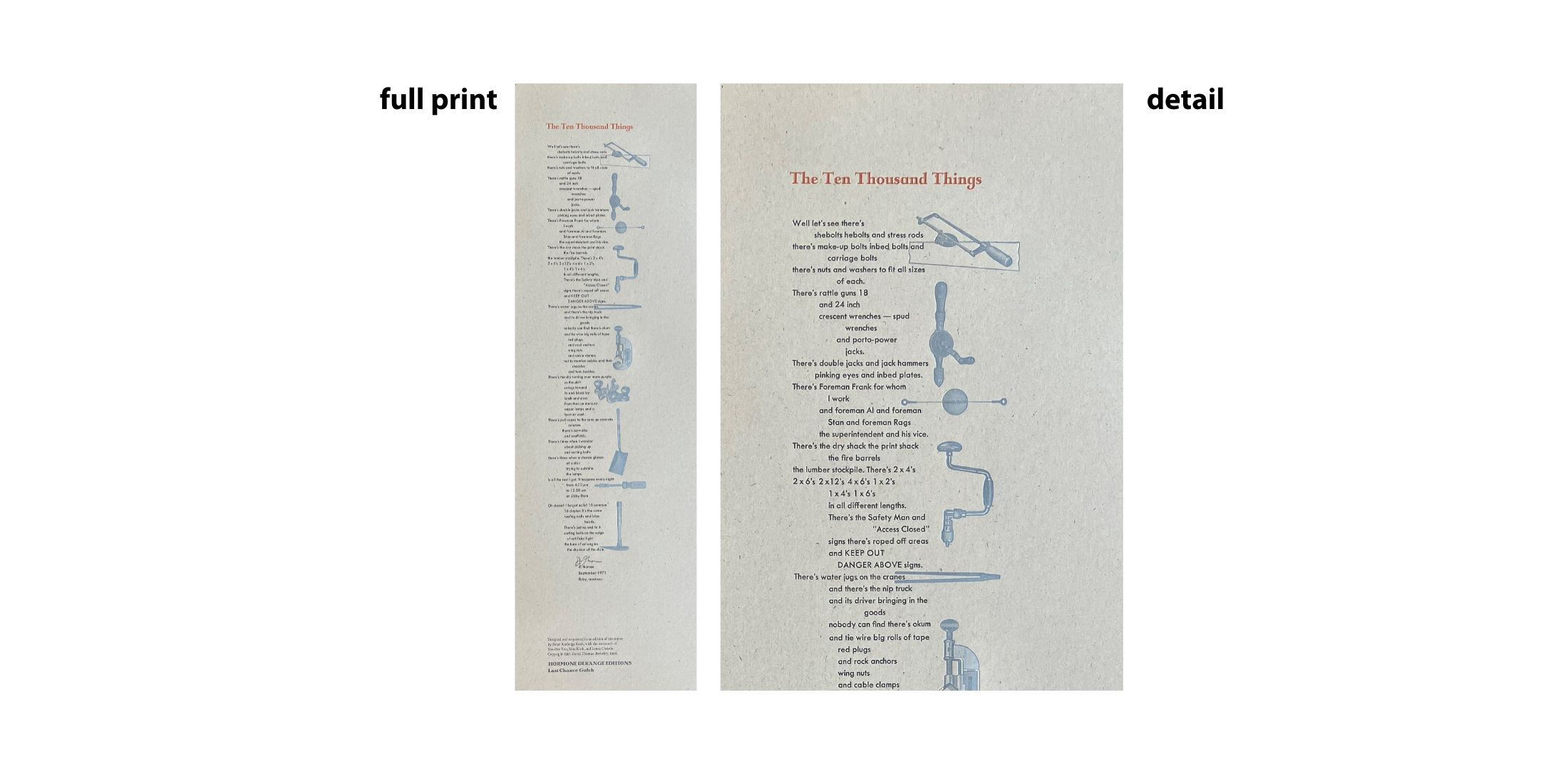 "Well let's see there's shebolts hebolts and stress rods there's make-up bolts inbed bolts and carriage bolts there's nuts and washers to fit all sizes of each. There's rattle guns 18 and 24 inch crescent wrenches and porto-power jacks. There's double jacks and jack hammers pinking eyes and inbed plates. There's Foreman Frank for whom I work and foreman Al and foreman Stan and foreman Rags the superintendent and his vice. There's the dry shack the print shack the fire barrels the lumber stockpile. There's 2 x 4's 2 x 6's 2 x 12's 4 x 6's 1 x 2's 1 x 4's 1 x 6's in all different lengths. There's the Safety Man and "Access Closed" signs there's roped off areas and KEEP OUT DANGER ABOVE signs. There's water jugs on the cranes and there's the nip truck and its driver bringing in the goods nobody can find there's okum and tie wire big rolls of tape red plugs and rock anchors wing nuts and cable clamps not to mention cables and their shackles and turn-buckles. There's the sky turning ever more purple as the shift swings toward its end black by lunch and stars from then on mercury vapor lamps and a heavier coat. There's pull ropes to the cans up concrete columns there's catwalks and scaffolds. There's times when I wander about picking up and sorting bolts there's times when a chance glance at a star trying to outshine the lamps is all the rest I get. It happens every night from 4:30 pm to 12:30 am at Libby Dam
Oh damn! I forgot nails! 16 common 16 duplex 8's the same roofing nails and blue heads. There's just no end to it sorting bolts on the edge of artificial light the tune of an engine the shadow of the dam.
d. thomas, September 1971, libby, montana"