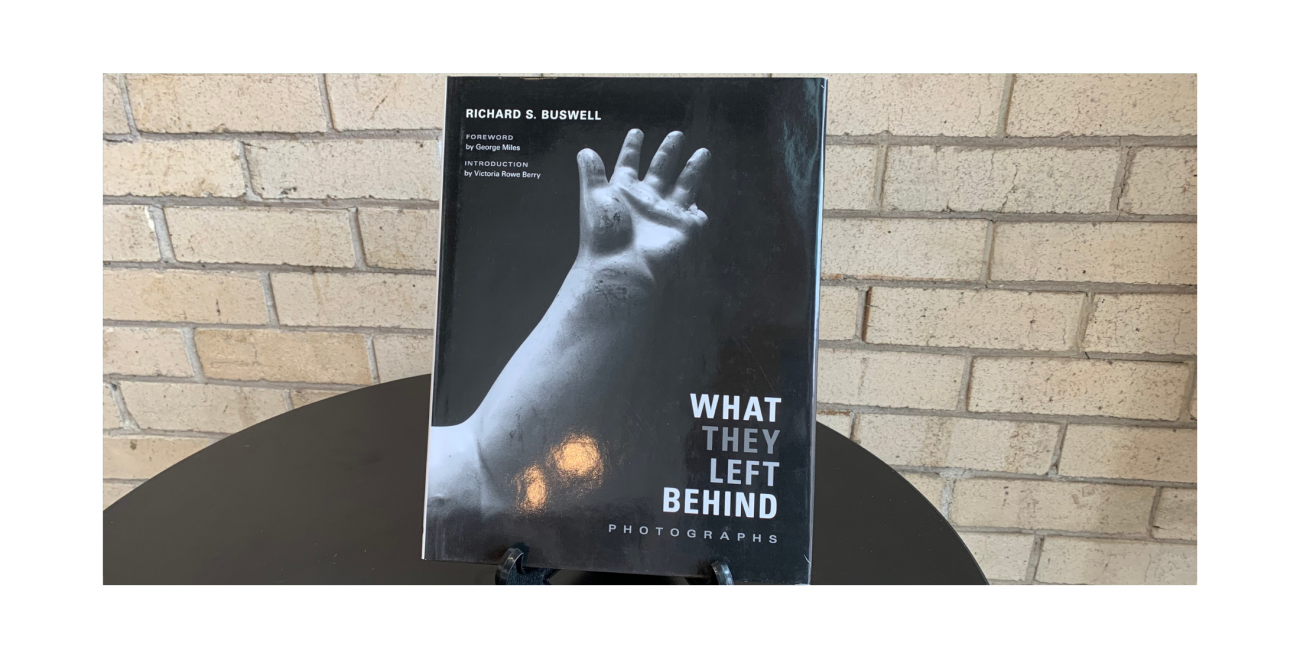 What They Left Behind: Photographs

What They Left Behind: Photographs
by Richard S. Buswell

"More than forty years ago, Richard S. Buswell chose the relics of Montana's past as his raw material. Over time, in five books, he has sharpened his focus, moving from panoramic vistas of abandoned buildings to meticulously composed, tightly framed depictions of natural and man-made objects against stark black backgrounds. He has shifted the viewer's attention from his subjects to the form and structure of his pictures. Although rooted in Buswell's experience as a lifelong Montanan, the photographs in this book are no more (or less) "about" Montana than James Joyce's Dubliners, Portrait of an Artist, or Ulysses are "about" Dublin.

Most books about Western ghost towns and historical artifacts abound in sentiment. They comfort us with the illusion that we can recover what has been lost. What They Left Behind reminds us that time carries us onward despite our wishes to remain in the past."