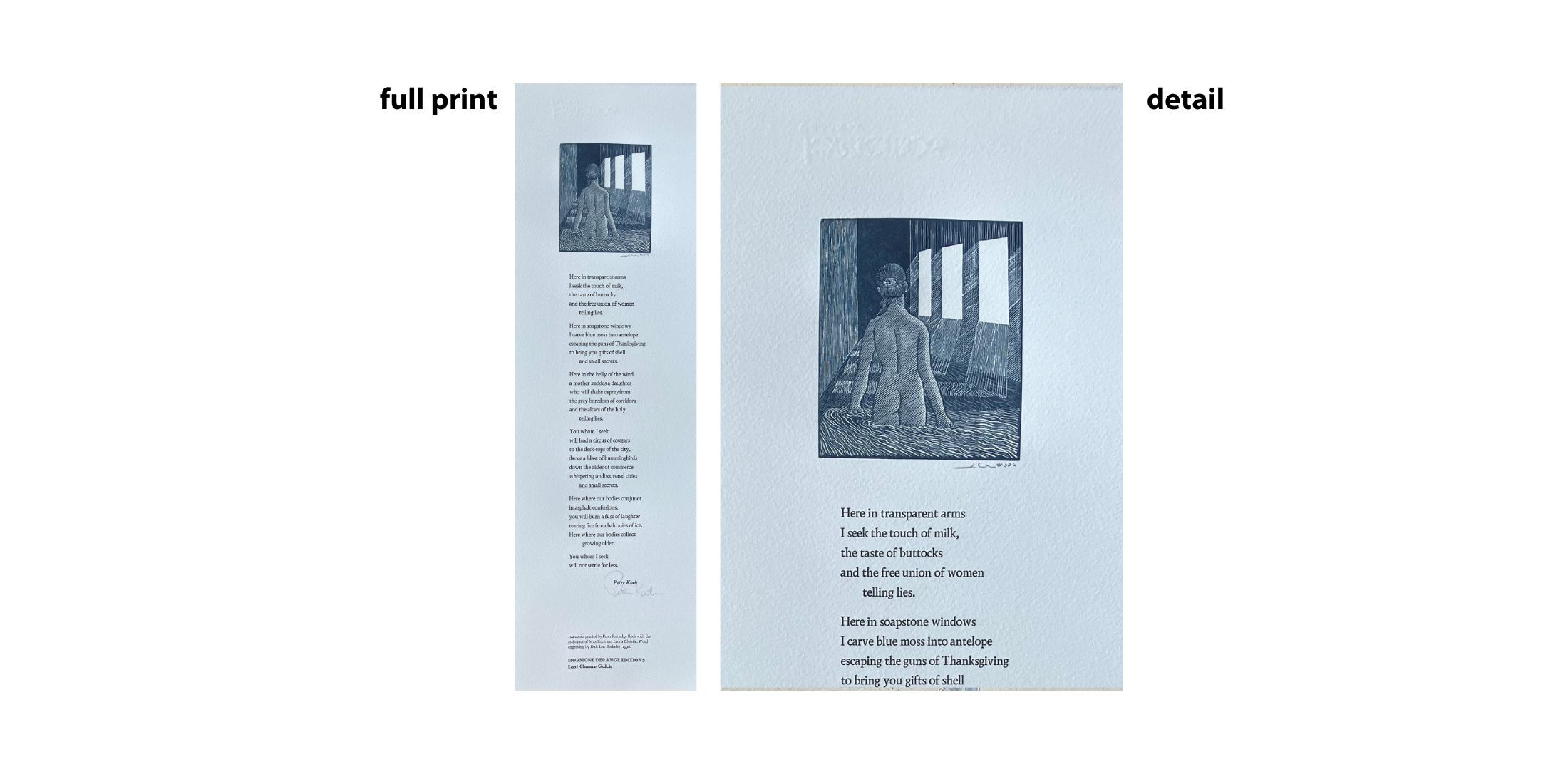 You Whom I Seek: Peter Koch (Broadside Print)

"Here in transparent arms I seek the touch of milk, the taste of buttocks and the free union of women telling lies. Here in soapstone windows I carve blue mosse into antelope escaping the guns of Thanksgiving to bring you gifts of shell and small secrets. Here in the belly of the wind a mother suckles a daughter who will shake osprey from the grey boredom of corridors and the altars of the holy telling lies. You whom I seek will lead a circus of cougars to the desk-tops of the city, dance a blast of hummingbirds down the aisles of commerce whispering undiscovered cities and small secrets. Here where our bodies conjunct in asphalt confusions, you will burn a fuse of laughter tearing fire from balconies of ice. Here where our bodies collect growing older. You whom I seek will not settle for less."