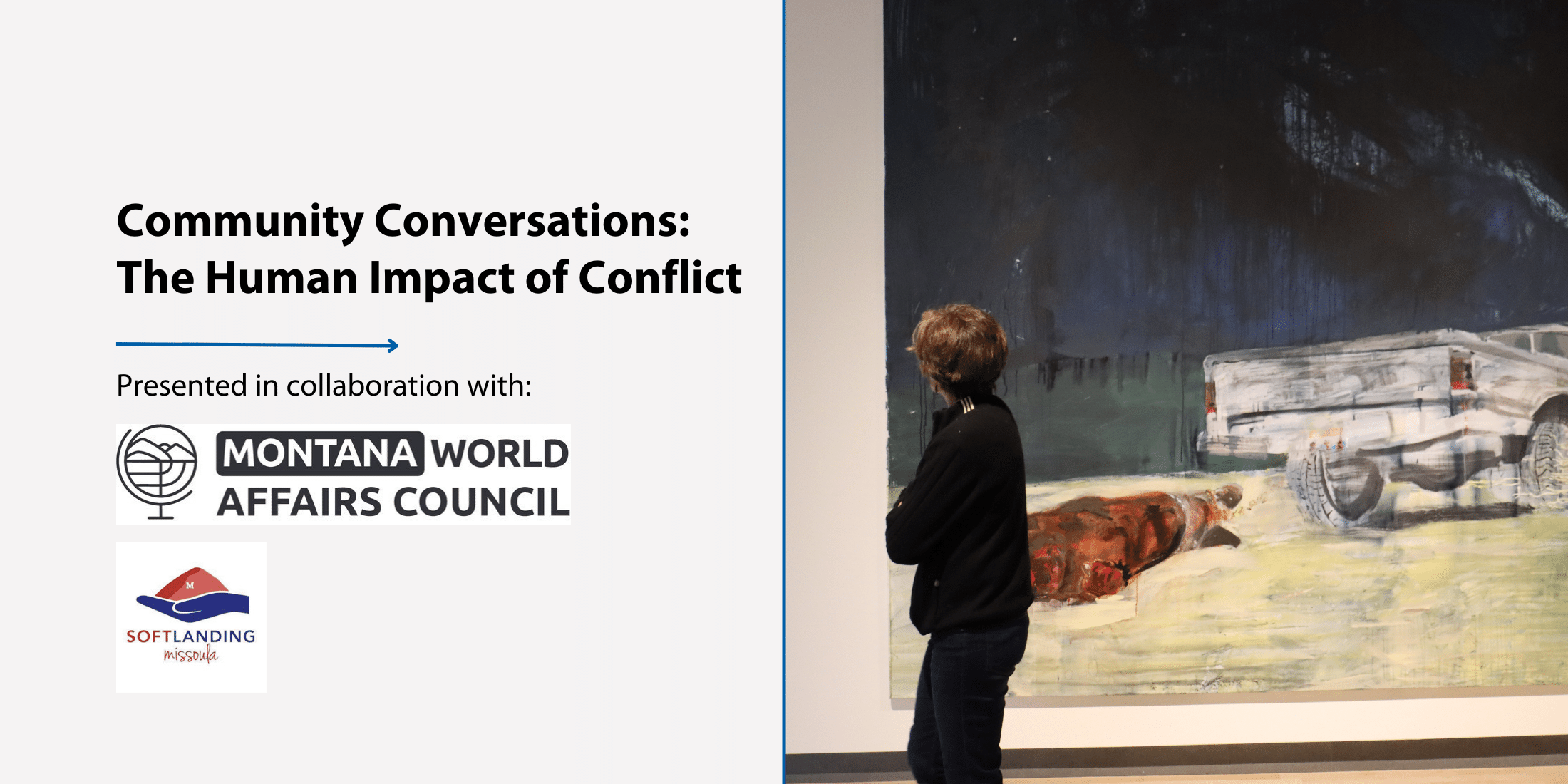 Using the exhibition Brian Maguire: In the Light of Conscience as an access point, the public is invited to reflect on borders, disappearances, human rights, and life after conflict. This informal conversation is presented as an opportunity to examine the role of humanity within the geopolitical events that shape our world.

Free and open to the public. Presented in collaboration with Soft Landing Missoula and the Montana World Affairs Council.

Moderated by Chris Hyslop, the Executive Director of the Montana World Affairs Council. The Montana World Affairs Council is a nonpartisan, nonprofit organization dedicated to fostering global awareness and understanding in Montana’s classrooms and communities. Chris began his professional career as a high school teacher. He then served as a United States Peace Corps Volunteer in Kyrgyzstan, a former Soviet state in Central Asia, from 1995 to 1997. Following his service, he worked with humanitarian organizations and the United Nations around the world in Iraq, Kuwait, Jordan, Sudan, Myanmar, Kyrgyzstan, Afghanistan, Indonesia, Chechnya, the Balkans, China, Liberia, and Eritrea. He received his Bachelor’s Degree in Anthropology and Education. He attended the Harvard Kennedy School where he received a Master’s Degree in Public Administration. Chris lives in Missoula with his wife, Karie, who works at the University of Montana’s Physics Department, and their two daughters.