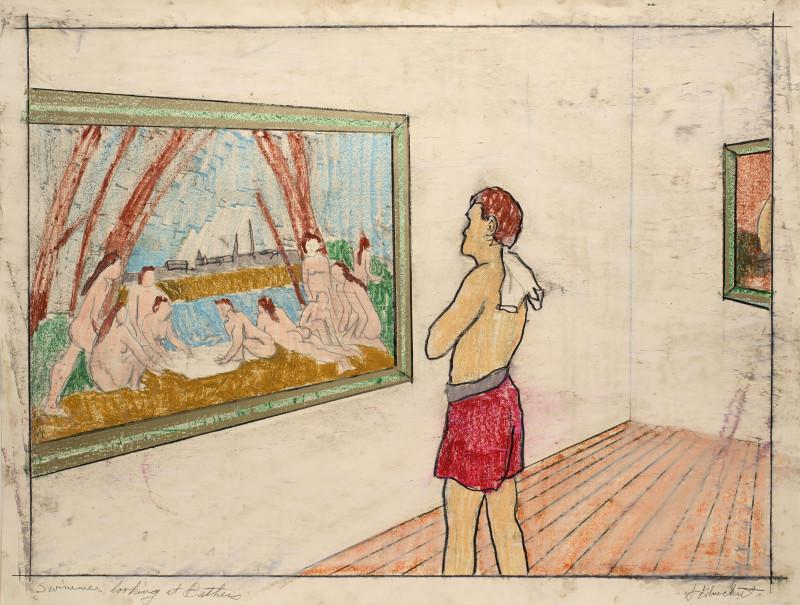 Stephen Glueckert: All Mixed Up

MAM is pleased to present this survey of Stephen Glueckert’s prolific art career from the 1970s to the present. A consummate artist and educator, he has created a vast outpouring of work influenced by folk and intuitive artist traditions, as well as modernism. Included are early films, handmade games, drawings, conceptual pieces, drawing machines, collages, interactive sculptures, and inventive assemblages.

Ben Mitchell, an independent curator, and writer says of Glueckert’s work, “Of all the work here, it’s the interactive sculptures I love most. There’s no false sentiment in them. Nothing decorous or frivolous either, and with their delightfully goofy working parts, they’re often damned funny. Their carving is alive with an unfussy folk-like quality where you can see and feel the enchanted presence of the hand.”

A native of Montana, Glueckert was born in Missoula and grew up in Great Falls. His forebears introduced industrial steam laundries to the Montana territory in the 1860s, settling between Bozeman and Livingston in Chestnut, Montana. He was raised on a working farm and in an industrial laundry, two-family occupations that influenced his later artwork.

Glueckert studied art at the University of Idaho-Moscow and later earned his M.Ed. in art education from Western Washington University-Bellingham. He went on to work as a counselor and teacher at the Northwest Children’s Home in Lewiston, Idaho, for a decade before moving back to Great Falls to serve as Curator of Education at Paris Gibson Square Museum of Art. Glueckert moved to Missoula and served as Curator of Education and later became Curator of Art at the Missoula Art Museum, retiring in 2015 as Senior Exhibitions Curator. He was first to receive the honorary title at MAM of Curator Emeritus. Throughout his long career in the museum field, he continued to create art.

James Todd, Emeritus Professor of art and humanities at the University of Montana, writes, “Steve is that rare phenomenon: a democratic artist who believes the purpose of a museum, like that of Charles Willson Peale (1741–1827), is to exhibit all things that enhance the education of the visitor. This explains his unusual tolerance and empathy for the art of others.”

Glueckert emphasizes the emotional or humorous content of stories while at the same time championing social justice issues and advocating for cultural values. His artwork serves as a conduit for his concern over a host of social ills and human behaviors, recreating especially outrageous and egregious events, such as the 1991 beating of taxi driver Rodney King, the immoral and illegal side of finance at the height of Wall Street opulence, or the popularization of the uniquely American phenomenon of Christian televangelism—a practice notably besot with fraud and sex scandals while simultaneously holding believers to higher moral values. His reactions to these events either support or belie his deeply-felt social and political beliefs and help make him an especially sensitive tuning fork that in turn fuels his artistic production. As such, Glueckert listens and responds to the peculiarities of the American identity in his work.

This exhibition will travel to the Yellowstone Art Museum in Billings, Nicolaysen Museum of Art in Casper, Wyoming, and Pritchard Art Gallery at the University of Idaho-Moscow throughout 2018. MAM will feature Glueckert’s work in a limited-edition full-color catalog that invites the catalog buyer to create an original drawing on the cover made by one of Glueckert's "drawing machines" featured in the exhibition. 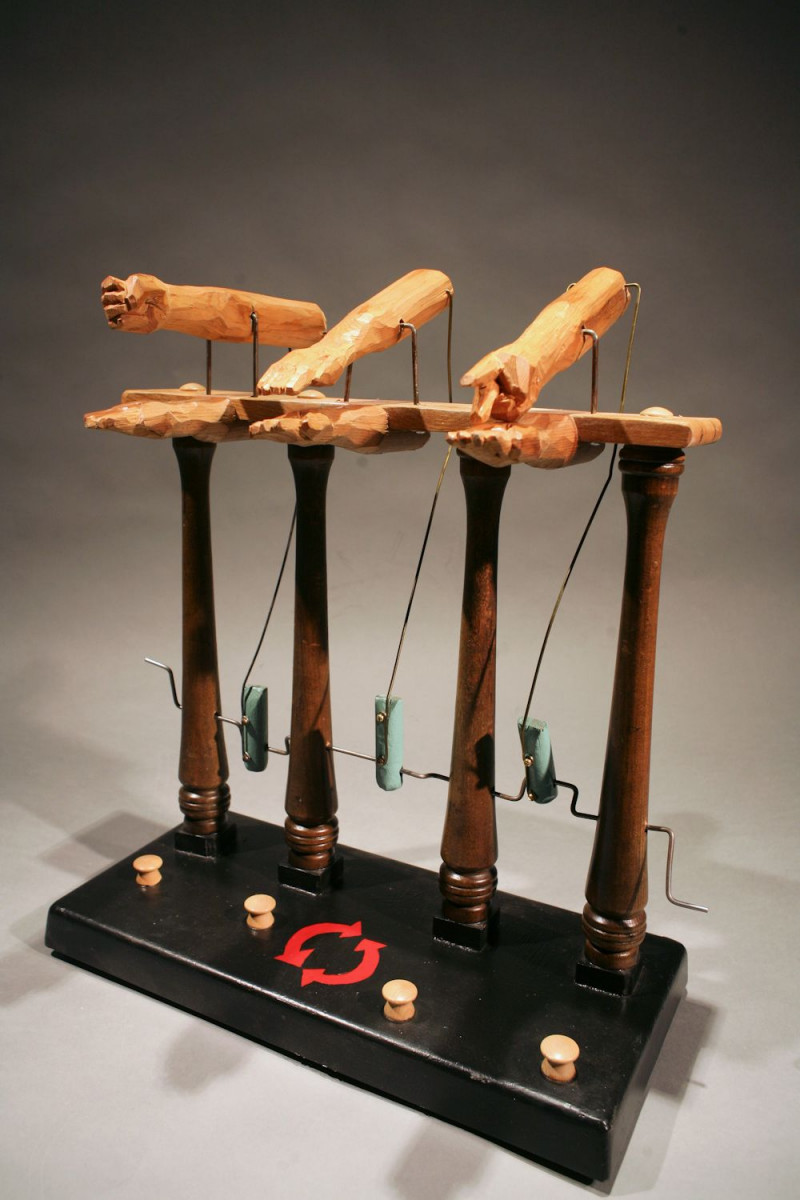