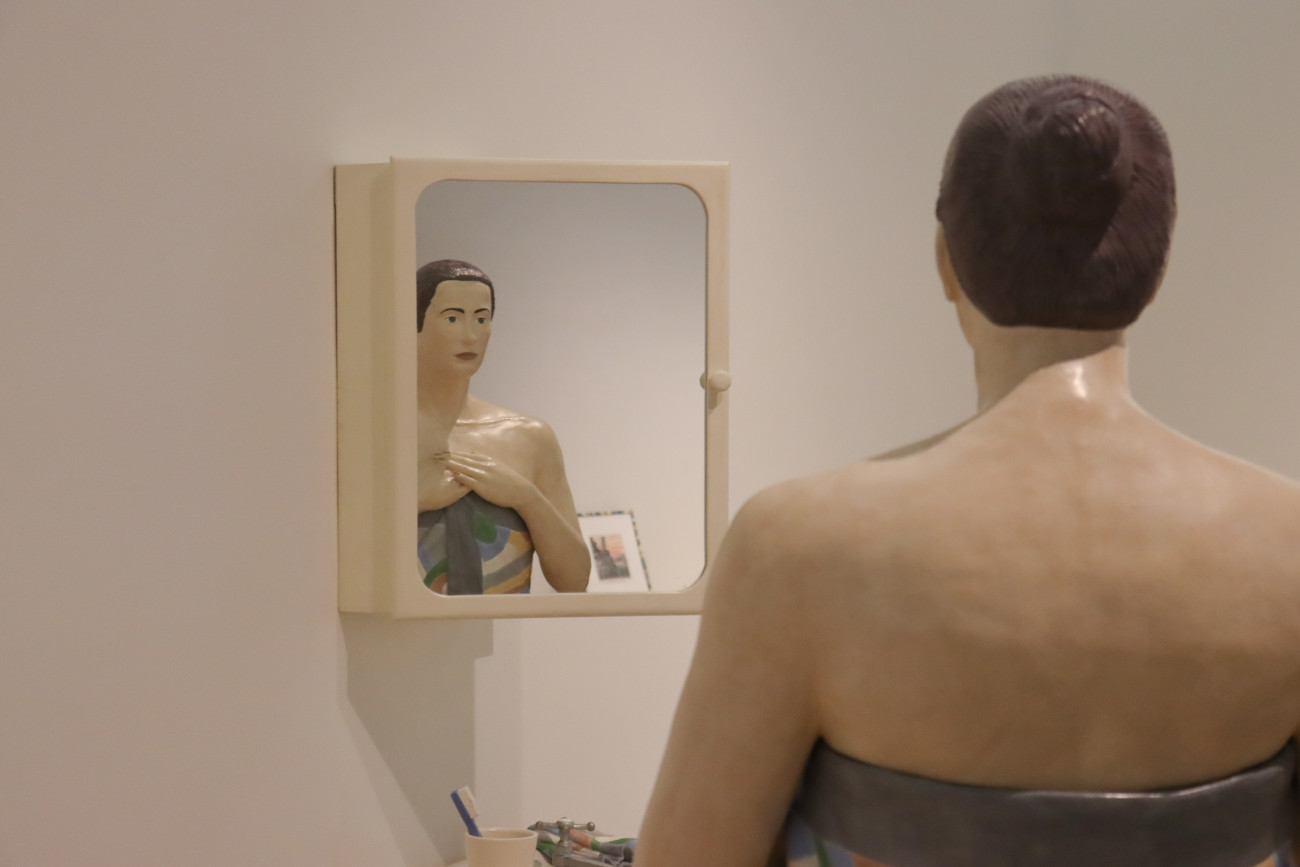 Marilyn Lysohir: The Dark Side Of Dazzle

The Dark Side of Dazzle is a room-sized installation that fills MAM’s Carnegie Gallery. Lysohir’s mother and father both served in World War II before they met and later married, and she made the piece to remember and honor their service. Lysohir points out the profound effects war has on spouses and families at home as well as those in conflict. The installation combines paintings and drawings with situational vignettes that show personal, interior spaces as well as the large-scale battleship sculpture. Visitors are also welcome to sit and listen to, or read, first-hand stories from veterans of World War II, the Korean War, and Vietnam.

The central focus is a 24-foot-long, nine-foot-high replica of a battleship that Lysohir built with ceramics and wood. The entire surface of the ship is painted with a camouflage pattern known as Dazzle. The patterning was created by the British Royal Navy during World War I to confuse the spatial recognition of German U-boats and was later adopted by the US Navy and continued to be used into the second World War. Lysohir created an original pattern for her work with pastel blue, pink, yellow, green, and black. The colorful, geometric painting has a disarming effect on the otherwise menacing form of a battleship.

Other elements in the installation include a life-sized woman wrapped in a towel, standing in front of a bathroom sink, next to a bathtub in which floats a scaled down version of the battleship. Across the gallery stands a bedroom dresser and chair, a pair of shoes on the floor, the bottom drawer is partially open to reveal another battleship. The consistent Dazzle pattern on the furniture, shoes, wrapped around the women’s body along with the hidden battleships throughout the domestic scenes heightens the ever-presence of distant conflict.

MAM is honored to work with Marilyn Lysohir again, and to present this important piece that resonates as much today as it did 37 years ago when it was created, the true testament of great art.

Tuesday, September 20 from 5:30 to 7 PM - Ukraine War: A Watershed Moment for the World

Monday, November 7 from 1:30 to 3 PM - Art in the Moment with the MT Alzheimer's Association

Marilyn Lysohir was born in the rust belt town of Sharon, Pennsylvania, and earned a Bachelor’s Degree at Ohio Northern University 1972. She moved to Pullman, Washington, to attend graduate school at Washington State University and earned her MFA in 1979. She moved across the Idaho state line to Moscow and began her art career, breaking ground as a young, female ceramic sculptor. As a ceramist in the early 1980s, Lysohir had to push against the boundaries of being labeled a craft artist. She was one of the unique artists of her generation to see the possibilities of ceramics as a sculpture medium and earned the reputation as one of the leading ceramic artists of the 1980s. Her first solo exhibition was in 1984 in Los Angeles, where she showed a major ceramic installation, Bad Manners. The success of that show earned an invitation for a second show in 1986. Lysohir envisioned a 24-foot, ceramic battleship and began her most ambitious work at the time, The Dark Side of Dazzle.

Lysohir was adjunct professor at WSU-Pullman from 1979-1985 and has served as visiting art professor at numerous universities including Kansas City Art Institute, University of Idaho, and New York State College of Ceramics at Alfred University. Her list of accolades includes lectures, workshops, and two Kohler Factory Arts in Industry Program residences. 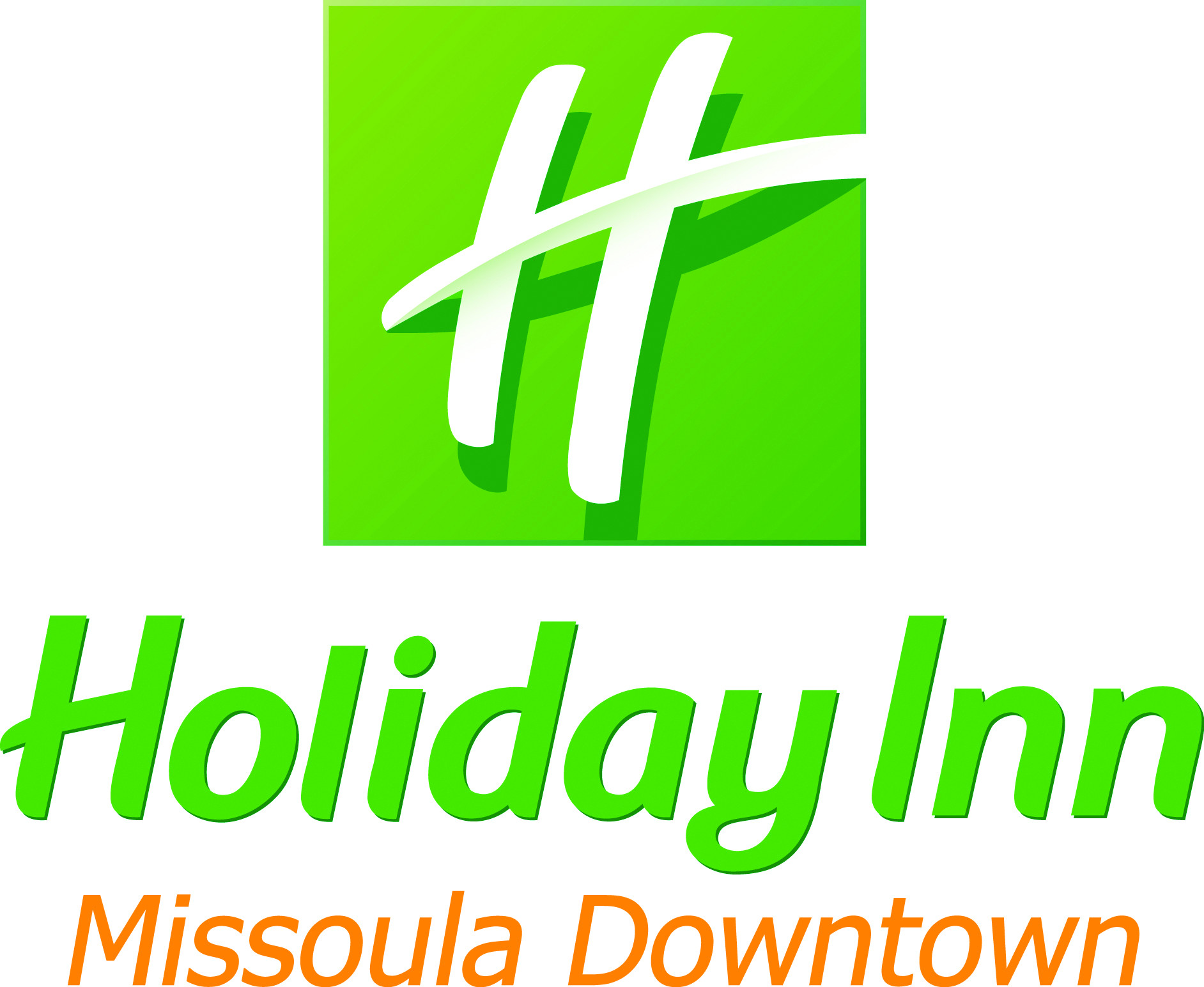 The Missoula Art Museum is grateful for the support of the Holiday Inn Missoula Downtown, and Windfall, Inc., sponsors of the Marilyn Lysohir exhibition!